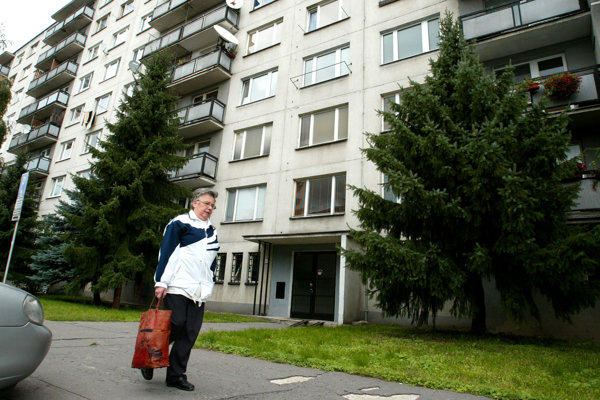 Slovaks are still more often labeling people of a different race, nationality or religion as undesirable neighbours. This is one of the results of this year’s survey of European values, which scientists from the Sociological Institute of the Slovak Academy of Sciences (SAV) carry out in nine-year cycles. They declared the results of the latest survey on December 18.

Roma are undesirable neighbours for 62 percent of respondents, while immigrants and foreign workers are up to 43 percent, Muslims 54 percent and homosexuals 37 percent. These figures were significantly lower in 2008. For example, only 21 percent of respondents did not want Muslims as neighbours, while immigrants and foreign workers were unwanted neighbours at 16 percent.

“This is a result of the anti-immigrant rhetoric from most current politicians,” said SAV’s Marianna Mrva, as cited by the TASR newswire. “People’s fear of the unknown and the current political climate only deepen these feelings.”

People in western Slovakia, especially those living in the Bratislava region, in villages with a population less than 1,000 and people older than 65, maintain a relatively great distance from people of a different race and Muslims (41 percent).

“Meanwhile, the lowest share was in the Nitra region, at 15 percent,” said Mrva.

The differences based on education or gender are negligible.

Foreign workers and immigrants are undesirable neighbours chiefly for people from the Bratislava Region (65 percent of respondents). The least negative stances in this regard were expressed by people in the Nitra and Prešov regions (31 percent and 30 percent, respectively).

“There are no differences based on education or gender in this opinion, either,” said Mrva. “However, respondents older than 65 years (52 percent) and unbelievers (52 percent) labelled this category as undesirable neighbours much more often.”

The lowest share of respondents who do not wish Roma people as neighbours was posted in the Trenčín and Banská Bystrica regions (51 percent and 49 percent, respectively), among people with basic education (43 percent).

Residents of the Banská Bystrica Region (24 percent) and people with university education (29 percent) were the ones least likely to reject homosexuals as neighbours.

The relatively low figures in the Banská Bystrica Region deserve a discussion, since “the previous regional councillor [LSNS leader Marian Kotleba] was known by his hostile rhetoric in this regard,” believe the scientists. In their opinion, just the direct confrontation of people in the region with this style of communication opened their eyes and turned them into its opponents, i.e. started to express higher tolerance.

The survey was carried out on a sample of 1,435 respondents between September 27 and November 30. It is the oldest comparative research of value orientations in Europe. Slovakia joined in 1991.