Asylum seekers will get new guide about Slovakia

They should learn more about cultural specifics of the country. 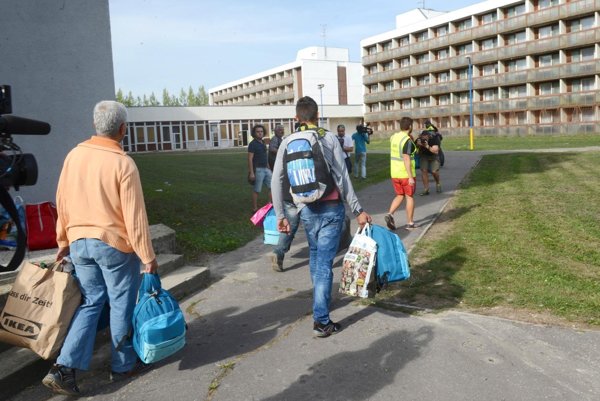 Asylum seekers and people granted international protection will learn more about Slovakia from a new guide issued by the Interior Ministry’s Migration Office, titled “New start in the Slovak Republic”.

The guide will provide foreigners asking for asylum a real picture of the country that reflects the values of Slovaks and their expectations from foreigners, the SITA newswire reported.

The guide will also be used as a working aid for social field workers in asylum facilities run by the Interior Ministry, who will work and communicate with foreigners in Slovakia.

The guide’s goal is to show foreigners the cultural customs of Slovakia with the aim of achieving mutual understanding. It is written simply and clearly and is based on practical experiences of the Migration Office’s employees as well as foreigners’ specifications of the biggest problems they encountered after arriving to Slovakia, SITA reported.

The foreigners who helped the writers have already undergone the asylum procedure and have been granted international protection. They have experience with Slovakia’s cultural specifics. Social field workers working at asylum facilities and aiding in integration, as well as experts from academia, the International Organisation of Migration, the Office of UN High Commissioner for Refugees and other non-governmental organisations also helped compose the guide.

The guide is issued in several languages and there are also translations in Persian, Pashto, French and Russian.