The company might relocate one of its plants unless hiring foreigners gets easier in Slovakia. 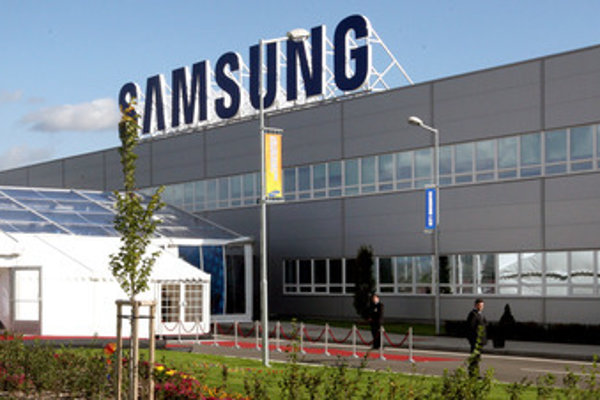 We have replaced the short newswire story with a story originally published by the Sme daily.

The South-Korean company, Samsung, may be one of the first firms to fall victim to the tense situation in the Slovak labour market. Employers have been pointing to the lack of workers for a long time. In the case of Samsung, the situation has caused the company to consider whether to continue their enterprise in Slovakia, or move production abroad.

Three independent sources from the advocacy, human resource and industrial sectors have confirmed for the Sme daily that Samsung is considering leaving. They point out that closing down production is just one of several options.

The Koreans are also negotiating with the government the possibility of simplifying the procedures involved in hiring foreigners, which would make it easier for the company to continue doing business in Slovakia.

Thus, it is not clear for now whether the threat to leave the country is merely to put pressure on the cabinet, or a serious intention.

Will they close just one plant?

Inside sources also told Sme that the closure would involve just one of the two plants in Slovakia.

The shutdown of Voderady would probably impact the production and number of employees in Galanta – and vice versa. Flat screens are produced in both plants: in one of them, parts are made, while at the other, the screens are assembled.

The possible exit of Samsung from Slovakia was already speculated about in 2011 but the cabinet of Iveta Radičová ultimately convinced the company to stay in the country while receiving state aid. However, this only concerned the Galanta plant.