The statements were condemned by both Slovak culture minister and the Foreign Affairs Ministry. 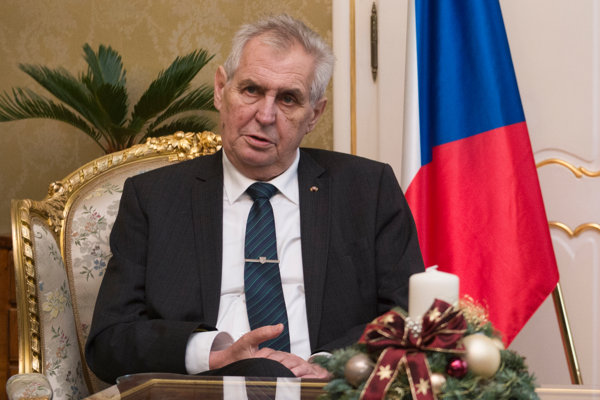 Dubček was one of the main forces of the 1968 reform movement known as the Prague Spring. In August 1968 he was forced to sign the Moscow Protocol that started the normalisation process in then Czechoslovakia.

“Why in 1968 there was only one brave person, František Kriegel, and why the other ones ‘soiled their pants’ from fear?” Zeman asked in his speech delivered on the occasion of initiating celebrations commemorating the 100th anniversary of Czechoslovakia's establishment and the 25th anniversary of the independent Czech Republic's creation.

By saying that “first these idols became speakers of the Federal Assembly, then they became ambassadors to Turkey, and then lost even this post” he clearly referred to Dubček, who was trying to build a humane socialism before the Warsaw Pact armies invaded Czechoslovakia, the Sme daily reported.

“During the first years of normalisation there was a rule, if I translate it into a polite phrase, that I have to stay in my post or there will be an even bigger bastard than myself,” Zeman said, adding that this resulted in a deep demoralisation of Czechoslovakia. Hope returned only in November 1989.

Apart from Zeman, several Czech dissidents criticised Dubček in a documentary by Czech Television released on the occasion of the 30th anniversary of the invasion, Sme reported.

“We consider the statements by the Czech president inappropriate,” said Peter Susko, spokesperson for the Slovak Foreign Affairs Ministry, as quoted by Sme.

The statements do not correspond with the unbiased evaluation of Dubček’s role and are at odds with the aim of using the anniversaries to strengthen relations between the Czechs and Slovaks, he added.

“We respect Alexander Dubček because he enabled the reform and democratisation process in the beginning of the 60s,” Maďarič said, as quoted by Sme.