What are the top 10 places in the Bratislava Region?

A documentary series of 10 videos raises questions as to whether we can produce the same good wine as our ancestors, what the life of a foreigner who does not speak Slovak is like and why people move out of Bratislava to the countryside. 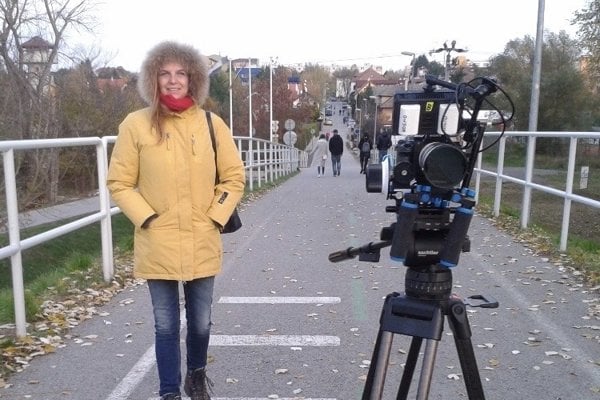 Bratislava is a kind of a melting pot. People move here for work or a more vibrant cultural life compared to other parts of Slovakia. There are also people from around the world. Others leave the capital to search its vicinity for whatever authenticity remains and try to save it.

But what quality of life does Bratislava and its vicinity offer? Can we produce the same good wine as our ancestors? What relationship do we have to the disappearing parts of the capital and do we still support Bratislava’s Slovan ice hockey club?

Lucie Meisnerová’s idea to create the series about the little bit strange but very characteristic places of the Bratislava Region had been in her head for a long time. Her dream came true in late 2017. Along with other members of the Joy ‘n’ Work civic association, Meisnerová, film director and cinematographer Tomáš Martínek, as well as a professional film team, shot 10 short three- to four-minute films in November. They are gradually posting them on YouTube so that they also serve as invitations to these places.

The Slovak Spectator spoke with Lucie Meisnerová about the idea of creating this series, the people whom they asked to be local guides and more.

The Slovak Spectator (TSS): What was the impetus for the Top 10 in the Bratislava Region project?

Lucie Meisnerová (LM): Our Joy ‘n’ Work civic association has long been devoted to documenting activities. Our goal is not only capturing some activity over time but capturing it through people’s stories. This came together in this project. We chose 10 places that are interesting and distinctive while we try to find a local guide with an interesting life story for each of these places. Whether a foreigner living in Bratislava, a man remembering the former settlement of Klinger’s colony or people who moved away from the city to the countryside and began living a traditional way of life.

TSS: How did you choose these places?

LS: I proposed most of them. I also discussed them with my daughter, Alica Barošová, who is our producer, and with other members of the film team. In addition to providing feedback, they contributed with their tips.

For example, the Chuck Norris bridge, officially called the Freedom Bridge, over the Morava River in Devínska Nová Ves. The idea arose when I once drove my daughter and niece on November 17, the day when Slovakia celebrates the fall of the former totalitarian regime. On the radio there was a programme about the fall of the Iron Curtain. I was very emotionally moved because I remember all these events very well since I experienced them personally. But the girls fell asleep. It was not a topic for them at all. That’s why we chose this bridge for the Top 10. On the Slovak side there are the remains of the Iron Curtain and a memorial to the victims who were killed while trying to flee the totalitarian country. It is possible to imagine how the border between the West and the East once looked. In the video we wanted to show that what we take as an ordinary cycling bridge has a bold historical background.

TSS: From Klinger’s colony, there have remained only significantly rebuilt houses. The barracks with flats for workers are long gone...

LM: Yes. Today, this area is flattened, overgrown with weeds and fenced. The plot is owned by the developer J&T Real Estate, which plans to build a new development. We found an observer, František Mičunek, who once lived here, to talk about how it used to look. The scene is a bit absurd - we placed a carpet with a table and two chairs on the concrete area surrounded by weed. František Mičunek, who is already a widower, sits here alone, drinks tea, enjoys poppy seed cake and talks about where children used to play, where the pool used to be, what the individual parts of the colony were called. The colony was designed in order to meet all the needs of its inhabitants so they did not have to go anywhere. It worked as a complete community a bit separated from the city, like a city within the city.

TSS: One of the videos was of Koliba, a hilly and forested part of Bratislava.

LM: This is a story about a young family. Even though they are still students, they already have a daughter. In the past, both were devoted to folklore even though they are from the city. We wanted to show the contrast of folklore and the city, and how to spend free time and what people transfer to their children and so on to the next generation.

We also have a story about a family that moved from Bratislava to the village of Šenkvice, into a home on a hill with a special device for taking heavy things up. They live here in harmony with nature, and the mother especially appreciates how the local community works and feels safer than in the city. In the film, however, one of the daughters complains about commuting to school. For her it means getting up at five o’clock in the morning to catch the train.

From the stories of people who left Bratislava, I would also mention the story of a winemaker who moved from Bratislava to the small town of Svätý Jur, known for traditional wine production. He and his wife bought an old renaissance house and he began to make his own wine. He also fulfilled a long-held dream and founded a wine centre called Vinocentrum. He offers about one hundred wines - all exclusively made by local winemakers.

We asked all the subjects similar questions. What are their criteria for quality of life? Where are, according to them, the best places to live? How do they spend their free time? Whether they feel safe where they live or whether they meet with other locals? That’s what we tried to find out.

TSS: You also mentioned a foreigner who moved to Bratislava.

LM: Yes, the American musician and writer Miles White. Even though he has been living in Bratislava for quite a long period of time, he knows only some basic phrases in Slovak. We filmed this video in the Next Apache café on Panenská Street in the Old Town. He talks about what the life of a foreigner who doesn’t speak Slovak and lives in Bratislava is like and how he sees Slovakia.

TSS: What other locations have you selected?

LM: Because Bratislava is closely linked to the Danube River, we also have the story of a ferry over the Danube River in the village of Vojka. We have included the Marianka pilgrimage in the series. It is introduced by a believer living near this place and walking the valley everyday. 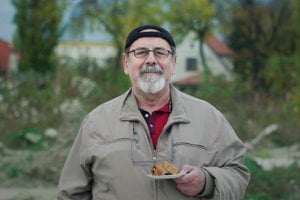 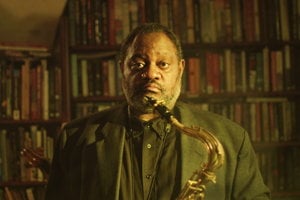 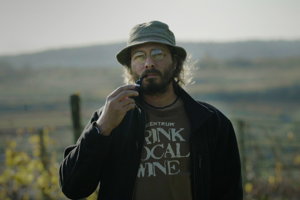 And through ice hockey-playing children we present the phenomenon of the Slovan ice hockey club and the phenomenon of backing. The strongest emotions I’ve ever experienced were the Velvet Revolution, when everyone went out to the squares and when Slovakia won the ice hockey world championship. People went out into the streets and you really felt that energy.

TSS: Do you have any fun story from the shooting?

LM: We had a lot of fun when shooting at the Kammený Mlyn open-air pool close to the village of Plavecký Štvrtok. Since we made the videos in November, we asked a group of tough men who swim Draždiak Lake in Petržalka in the winter to come here. On the day of filming we met them at the pool and were delighted when they arrived half an hour early. At that time it came out that they were local tough men who bathe here regularly. ‘Our’ tough men arrived a bit later. So in the end we had two groups competing against each other as to who could better show off in the ice water. 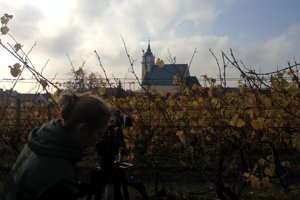 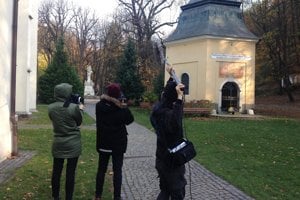 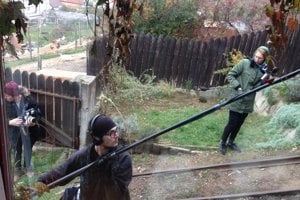 Photos from shooting of the videos (9 photos)

TSS: What do you want to achieve with these videos?

LM: We would like to initiate a public debate on the quality of life and on what we have here. In Iceland, where I volunteered for four months some years ago, I realised how proud the Icelanders are of their country. There’s just over 300,000 Icelanders, so there is no excuse for Slovaks with us numbering something more than 5 million.

The Slovaks sometimes have a feeling of inferiority. But they don’t need to feel like that at all because we have amazing things. It is only necessary to discover and uncover them. We want these short films to be invitations to these places. At the same time, we searched for types of people with whom viewers could identify. For example, many people have moved out from the city to the countryside and now they are struggling with commuting. We wanted to name these things - why people do this and what are the consequences.

TSS: What will happen next with the project?

LM: We’ve just published two videos, as a teaser, on YouTube. We will present all 10 videos for the first time at a ceremonial premiere in Lumiére cinema on January 31, at 18:00. Afterwards we will publish all of them online with English subtitles.

We are thinking of compiling them into a short documentary and of going to festivals with it, in Slovakia as well as abroad, since the topics we cover are not purely Slovak or Bratislavan ones.