One of the most photogenic mountains in the Malá Fatra range is open in the winter, too. 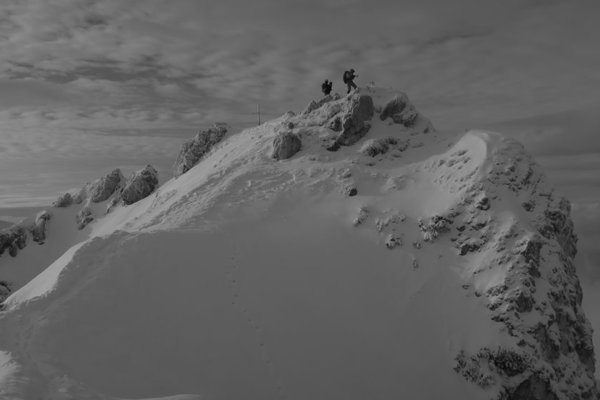 Veľký Rozsutec is definitely among the Top 10 most photogenic mountains in Slovakia, the My Trnava regional newspaper wrote on January 12. The paper described a winter hike that starts in Štefaná but suggests bringing climbing irons, even when hiking in the lower parts of the mountain.

When hikers parked their car in the retaining parking lot in Štefanová, the weather was unusual for mid-January: 4°C in temperature with rain and snow, fog, and streams flowing down Štefanová. 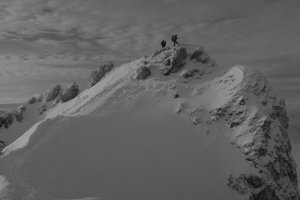 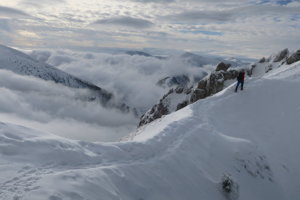 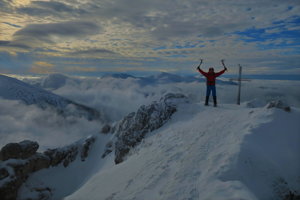 One has to be positive, explains the feature describing a specific hike on January 12. It took hikers almost two hours on foot to complete the hike from the car-park to Medziholie. The path is muddy, similar to the landscape after a landslide in Peru.

At around 1,000 metres above sea level, the situation changed. Hikers trudged through snow all the way to the top, together with fog and wind. At Medziholie, climbing irons were used which helped the hikers walk on the frozen base. In higher parts, hikers cannot manage without them, as there are more rocks to climb. More difficult areas even require climbing chains. But just before the hikers reached the top, the sun started to shine.

On the way back, the grey emptiness was back again, along with a lot of mud.

Veľký Rozsutec (1,609.7 m above sea level) is a mountain in the Krivánska Malá Fatra range and is considered one of the most beautiful peaks in Slovakia. Veľký Rozsutec become the symbol of this mountain range, and it is part of the Malá Fatra national park, too. In the past, it was said there is gold close to the mountain, and also the hidden treasure of national hero, Juro Jánošík. Source: www.terchova.sk.