Walking your dog in Bratislava 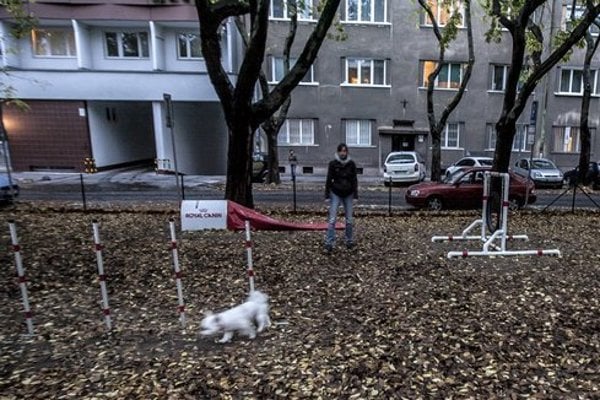 Walking a dog in a city may sometimes be a challenge. Several boroughs in Bratislava restrict dogs to the leash and not every dog owner has a forest or a meadow close enough to home where his pet can run to its heart’s delight. Nevertheless, the situation in the Slovak capital is improving and its boroughs have already established some dog parks and plan to build more.

The Old Town has just opened a dog park on Palárikova Street. This is the third dog park in this borough. The other two are on Poľná Street and in Belopotocký Park. The new dog park is 420 square metres, informed Nora Gubková, the Old Town’s spokesperson as cited by the TASR newswire.

“We are pleased that we have again contributed to the better co-existence of citizens and higher levels of cleanliness and order on the streets and in the public spaces of the Old Town,” said Old Town Mayor, Radoslav Števčík.

The local council plans to build a dog park in each part of Petržalka.

“Our ambition is to build one fenced dog park annually,” said Petržalka spokesperson Silvia Vnenková. “We will certainly open one this year as well.”

For now, they do not know where the next dog park will be located but there are several options.

“We are looking for a place which is not too remote, but which is still not directly under the windows of our citizens,” said Vnenková. It happens that citizens living close to dog parks complain about noise and barking.

In Ružinov citizens can walk their dogs at two official dog parks. One is on Astronomická Street in the Ostredky part and the second one is located on Parková Street. Apart from classical facilities for the citizens there are also various agility elements for training dogs like various tunnels and an obstacle course.

This borough is also pondering whether to build a dog park on Gašparíkova Street or Vavrínova Street.

“The date has not been decided for now,” said Marianna Šebová, Ružinov’s spokesperson. “This will depend on available funds and the capacities of the supplier.”

The Nové Mesto borough also plans to build new dog parks. Currently, this borough offers dog parks in Gaštanica Park on Jeséniova Street in Koliba, two fenced dog parks with elements for play in the park on Hálkova Street, divided for large and small dogs, as well as a temporary dog park close to Lakeside Park on Tomášikova Street. The latter was launched on the basis of an agreement of the land owner.