Police confirm the identity of a dead woman from Devínske Jazero

Miroslava Sojáková went missing last week while dog walking close to Bratislava during a river flood, has been pronounced dead. 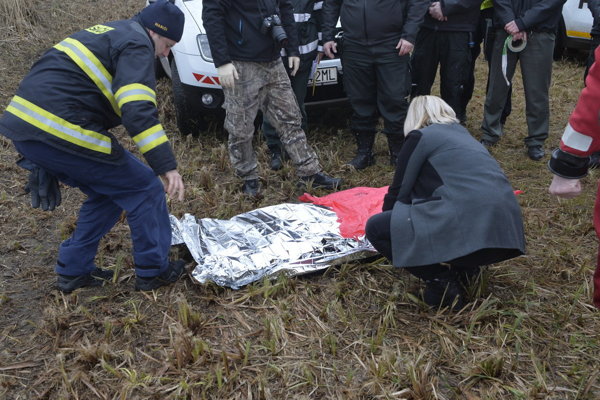 The search for Miroslava Sojáková, aged 45, from Bratislava, who has been missing since January 5, 2018 has been halted.

Police found her body in the locality of Devínske Jazero (Devín Lake) close to Bratislava, they informed.

“The missing person was found dead on Wednesday 17th January, in the late afternoon, in the area of Devínske Jazero,” Bratislava Regional Police spokesperson, Lucia Mihalíková said, as quoted by the Sme daily.

The police and fire brigade had been searching for the missing woman in the vicinity of Devínske Jazero for more than a week, after she went missing while dog walking. They announced that they had found the dead body on January 17, on social media.

“The coroner neither ruled out nor confirmed another person’s involvement and recommended an autopsy to determine the precise cause of death,“ Mihalíková added. Police have started a criminal prosecution for the misdemeanour of unlawful killing.

What happened to the woman who was dog walking?

Miroslava Sojáková was last seen on January 5 in the late afternoon in Bratislava, and at 20.30, she sent a text message from an unknown locality. Since then, she has been missing.

Sojáková was allegedly walking approximately 14 dogs on January 6 when the water of the Morava river became swollen from the thaw and the warm weather, and she probably became trapped somewhere around the locality of Devínske Jazero, Sme wrote then. The water rose by more than 70 centimetres in less than 24 hours, most of that between 17:00 and 19:00 when she was walking close to it. Dog handlers, almost 40 firemen and police rescuers were searching for her in the area over that weekend. She and one of the dogs went missing. Later, rescuers found her mobile phone, handbag and purse during the search.