Global warming is a myth, claims a hoax

According to recent hoaxes published online, snow in the Sahara disproves global warming and milk can block airways. 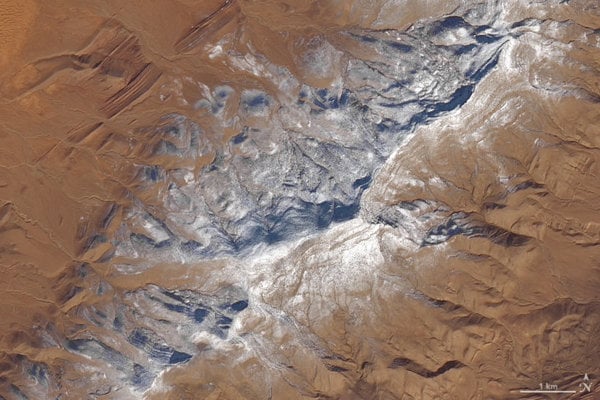 The snowfall in Sahara can be seen in this satellite picture. (Source: Landsat 8)
Font size:A-|A+1

The myth on global warming is threatened: up to 40 centimetres of snow fell in Sahara.

The story with this headline appeared on January 11 on the Hlavné správy website. Most information included in the text is accurate but misinterpreted. The author concludes that snow in the biggest desert on Earth is a sign that global warming is only a myth or propaganda.

The misleading headline makes it clear that the author misunderstands global warming.

Global warming is not just about temperature

Global warming concerns the warming of the whole planet. In such a case, the logic of “unusual” snowfall in a hot desert would make sense.

Extreme weather events can sometimes appear anywhere on the Earth, including the Sahara. They are classified as consequences of global warming, or rather current climatic changes, only if they appear all too often.

In the Sahara, near the city of Aín Séfra, snow fell for a third time since 2016. Weather measurements in the huge desert are not complete, however, as there are not many weather stations nearby.

The records show that it snowed near this city in January and December 2016 and January 2012. Before that, there was snowfall in Sahara in February 1979, according to records.