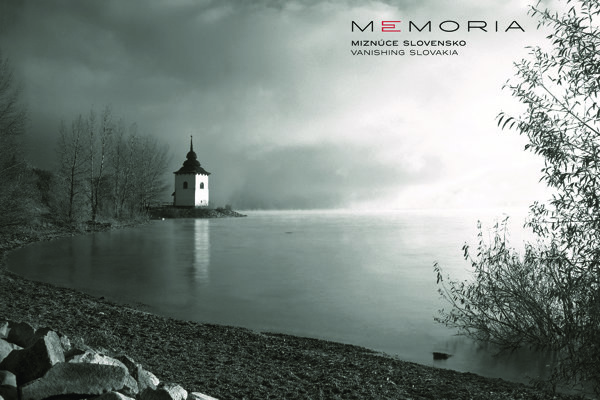 When photographer Alan Hyža sees an old building on his travels across Slovakia, whether it is a church, the ruins of a castle or a cemetery, he stops. He examines its walls and touches its stones. He is imagining what they saw, experienced and the questions they know the answers to. Now these witnesses of history talk to us via his photo book Memoria, subtitled Vanishing Slovakia. It contains emotional images of historical structures sensitively taken from a distance. This way the photographer managed to catch the whole atmosphere and spirit of these beautiful, and often less known, places.

“These places are witnesses of our history and guardians of our past,” said Hyža when introducing the Slovak-English book published by the Slovart publishing house. “But we lack humbleness and respect to them. Thus I decided, because I like history and culture, to put these places into one meaningful whole. And the result is this book.”

Hyža subtitled the book Vanishing Slovakia despite these objects having survived until today. This is because it incites him that while many Slovaks are avowing and referring to various traditions of Cyril and Methodius or Great Moravia, they have pulled down historical centres of cities or turned many castles and manor houses into warehouses or houses of correction. 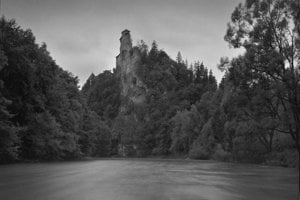 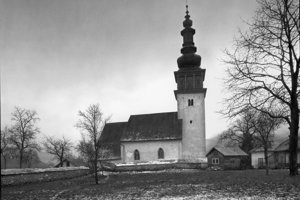 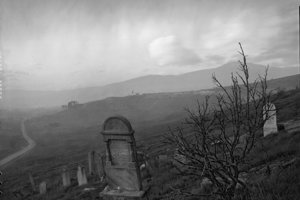 “We boast that we are country of castles, but we do not say that half of them are standing only thanks to volunteers who are taking care of them on an amateur level and that the calvary in Banská Štiavnica, which is not missing in any touristic guide, is being restored with money from an Italian bank,” said Hyža.

Hyža likes old classical black-and-white photography and he chose his large format wooden Deardorff camera for this project. It did not make his work more comfortable since only traveling with the outfit with the folding camera, a tripod and a black sheet weighting 20 kg in total was not an easy task.

“By choosing this method I paid tribute to these places because they deserved it,” said Hyža.

On the pictures there are neither people nor electric lines, road signs or tables indicating that the given structure was reconstructed from EU funds.