Thirteen years ago, Ben Pascoe was an aspiring entrepreneur with a cool way of remembering the phrase “nech sa páči”. 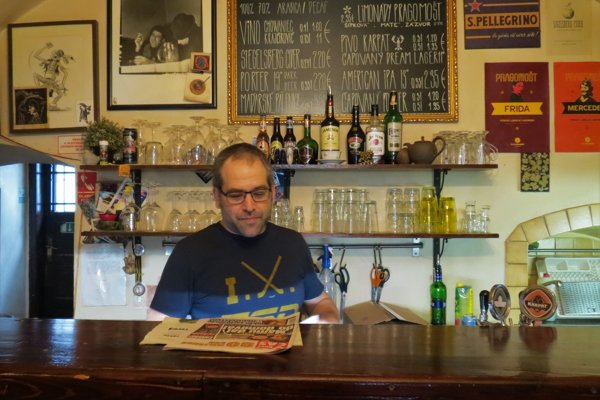 Cigarette smoke and house-blend coffee permeates the air as Ben Pascoe shuffles behind the bar. He pours a whiskey for one customer, a small espresso for another. The morning paper lies abandoned on the counter while he jokes in Slovak with customers who know him by name. At first glance, the Canadian native seems like any other café owner in Bratislava.

But before Ben opened Next Apache, a popular, local hangout on Panenská Street, he was an aspiring teacher in Canada. Conditions were not in his favour, however, thanks to a looming teacher strike so when he was given the opportunity to teach English in Prague over 18 years ago, he took it.

“I lasted a few weeks there, and I had a chance to go to Bratislava which suited me better,”says Ben.

He prefered the small-town feel of Slovakia’s capital and after a few years, got the idea to open Next Apache, a venture he did not foresee for himself.

“I started to realise it‘s hard to get books, used books and English books in general. There was an increasing population of expats so I got the idea to try and open a cafe and used bookstore.”

When it opened, Next Apache was one of the first bookstore cafés in Bratislava. It has since become an integral part of the city’s cafe scene and though many expats relate to the cafe’s foreign roots, Next Apache is frequented more often by locals. 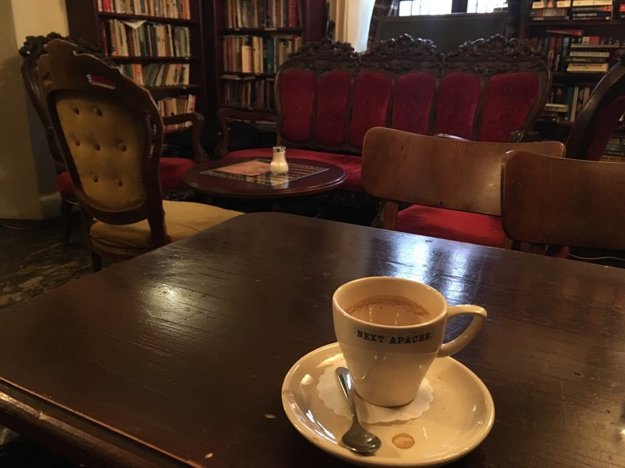 “It’s not the easiest café to find and that’s part of the point. You have to know about it to find it so it’s mostly locals who go here.”

But the small café, tucked away beside the Lutheran church on Panenská street, remains competitive by doing the exact opposite; Ben does not try to compete with new cafes and continues to pursue traditional practices in an increasingly modern cafe culture.

“We’re just an old school café. We’re not trying to be anything else. We have this joke that we were hipster before there were hipsters,” says Ben while drawing a small smoke from his cigarette.

Unlike other cafes in Bratislava, Next Apache does not have a Facebook page and maintains a very simple website. Ben insists that most people will not find Next Apache by looking online because his cafe has never been about hipster products or fast Wifi, just good coffee and good people.