Even public figures struggle to find school for Aspies

The incorrect education of children with Asperger's syndrome can lead to suicide. Abroad they are able to have a normal life. 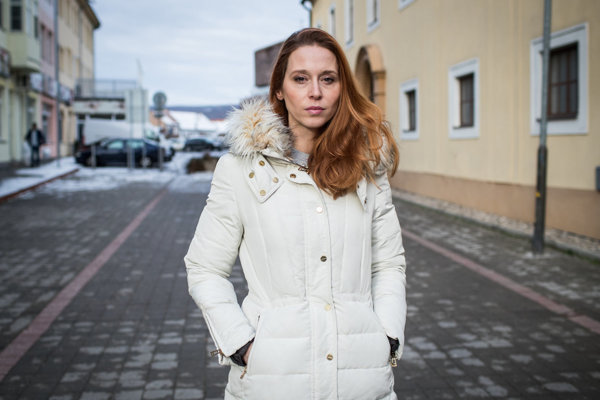 It is Monday afternoon, and private broadcaster TV JOJ’s former reporter Michaela Saleh Suríniová stands in front of a class full of parents. She calmly and fluently explains the diagnosis of her son who suffers from Asperger syndrome.

Although this is her first time in front of parents, it can be seen that she has explained the behaviour of her eight-year-old son many times before.

Her son has issues with concentrating and reading social situations. For the time being, he is able to have three to four lessons a day but in the past he did not even go to lunch or the schoolyard.

He treats adults like his peers and if he thinks they are stupid, he just tell them so he seems to be misbehaved boy.

On the other hand, his IQ is above average, he can explain the theory of the universe, learns a child’s poem after just one reading, and his vocabulary is more developed than others’.

“My son does not understand some things like your children do,” Suríniová says to the parents. “He can act rudely and too straightforward because his emotional intelligence is not so developed.”

The World Health Organization (WHO) defines Asperger syndrome (AS) as one of the autism spectrum disorders (ASD) or pervasive developmental disorders (PDD).

People with this disease have communication problems, strange habits and needs, but their intellectual abilities are average or above average. The exact cause of Asperger's is unknown.

The atmosphere in the class is good, the parents listening carefully. In the end no one is against their children will be studying with such a boy in one room. Saleh Suríniová leaves the class and appears to be relieved.

Her son finally goes to a regular school in the village of Vinosady, western Slovakia, where teachers are willing to take care of him, and he has an assistant helping him overcome conflict situations and the parents do not protest against that.

She was teaching her son at home for several months before the Vinosady school accepted him. The previous school, after a few weeks of trying, refused to educate the boy with the other children and suggested individual lessons outside the school area.