The skeleton was hidden in a cave. 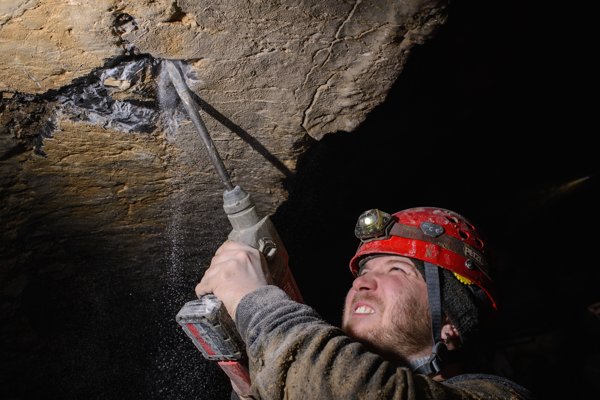 Until now, four-legged animals from the Mesozoic era, the dinosaur age, were not known to be in the area of Slovakia.

The majority of Slovakia was covered by water during the Mesozoic era and therefore the probability of finding remains of four-legged animals is very small. The only exception until recently were dinosaur footprints from the Triassic period in the High Tatras, discovered in 1977 in Tichá dolina.

That situation recently changed, however, thanks to the significant finding of paleontologist Andrej Čerňanský from Comenius University and others.

“I received information from the cave administration of Demänovská dolina that that a small skeleton was located in the ceiling of one of the inaccessible caves,” explained Andrej Čerňanský, as quoted from the press release.

He asked his colleagues Juraj Šurka, from the Slovak Academy of Sciences, and Mário Olšavský, from the Geodetic Institute of Dionýz Štúr, for help.

“We found the skeleton buried in limestone after an hour of crawling in the hall named Eldorádo in Štefanová Cave,” said Čerňanský, as cited by the press release. 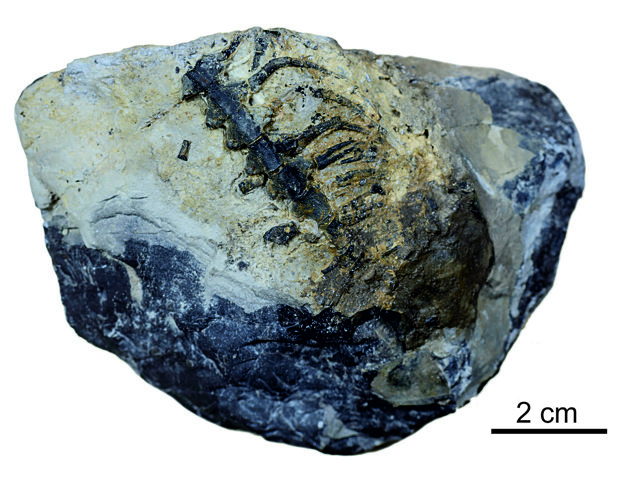 To get the skeleton out of the limestone was not easy.

“The limestone was hard as concrete after 245 million years so we couldn’t take out the skeleton easily,” noted Čerňanaský, as quoted by the press release.

The researchers analysed the skeleton of the reptile from Demänovská dolina via computed tomography, which shows cross-sections of a solid body. It turned out that the nine vertebrae and ribs were in an anatomically correct position. Tomography also showed the bones of a hind leg and pelvis.

“We found out that the skeleton is a pachypleurosauridae, a smaller group of reptiles living on coasts. They were swimmers even though they could not dive deep depths. They ate arthropods, molluscs and the adults could also catch fish,” said Andrej Čerňanský, adding that this group of animals were not dinosaurs.

Those reptiles have been found in Italy, Switzerland, Germany and China. However, until now none were found in the area of the Western Carpathian Mountains.

“It seems that pachypleurosauridae were searching for a shallow salty sea environment,” said Čerňanský, adding that reptiles would have been in localities tied to a coast; they could swim but their limbs could also move on land. It means, according to Čerňanský, that there were islands in the sea over Slovakia.