The publisher, foundation Pro Media, does not consider it problematic. 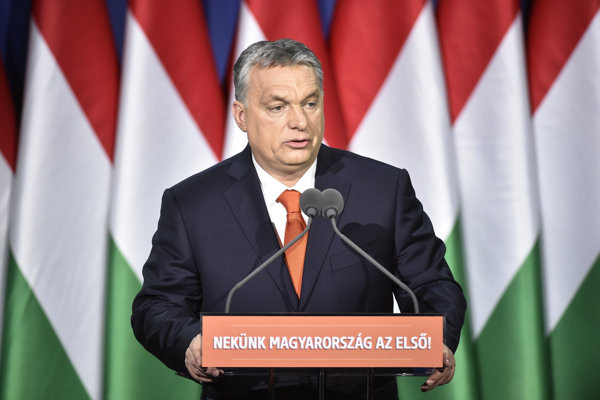 The foundation’s administrator is Attila Puskás, who used to work at the press department of the Party of Hungarian Community (SMK). This party was suspected of receiving money from Orbán’s government shortly before the 2016 parliamentary elections.

The foundation does not consider the financing or Puskás’ previous work a problem.

Money from the Hungarian government

One of the Pro Media’s founders is Judit Molnár, editor-in-chief of the Hírek.sk news website and former editor-in-chief of now-defunct Szabad daily. She confirmed for the Sme daily that they plan to start “some media project” for the Hungarian minority.

She did not specify the periodicity, explaining they are considering several possibilities.

Currently, there are two media outlets issued for the Hungarian minority in Slovakia: Új Szó and weekly Vasárnap. However, Molnár does not consider it enough.

She does not consider the money from Orbán’s government to be problematic. She has never experienced political pressures, not even in the position of Hírek.sk’s editor-in-chief. This news website is also financed by the Hungarian government, Sme wrote.

Apart from Molnár, two other Hungarian reporters, Károly Kövesdi and Péter Rajkovics, created the foundation last July. They are not currently active in the foundation, explaining they want to deal with executive matters.

They were replaced by Mária Haják-Szabó, journalist of the Hungarian public-service radio; Tibor Starovič, correspondent of the Hungarian state news agency; and Tünde Neszméri, former deputy editor-in-chief of Szabad Újság and the Felvidék.ma website, which is also close to SMK, Új Szó wrote.

Molnár explains there should be people working for the Hungarian media in the foundation and it is important that they do not work for the Slovak outlets, Sme reported.