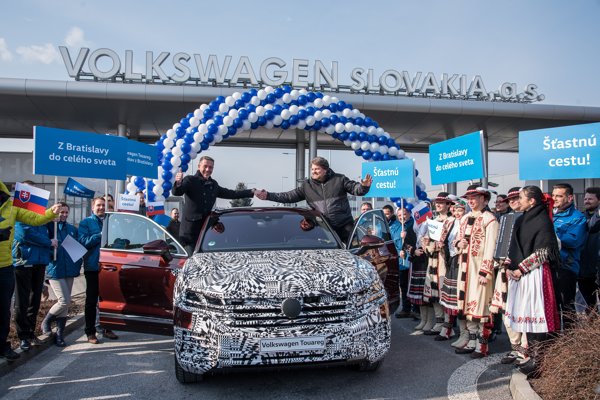 Ralf Sacht, left and Rainer Zietlow at the start of Touareg of the third generation. (Source: Courtesy of Volkswagen Slovakia)
Font size:A-|A+

The third generation of Volkswagen’s Touareg will have its world premiere on March 23 in Beijing. This model is manufactured exclusively at the Volkswagen plant in Bratislava and is distributed throughout the whole world. 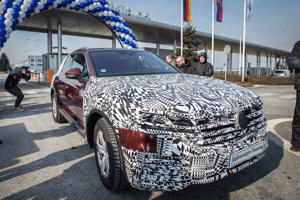 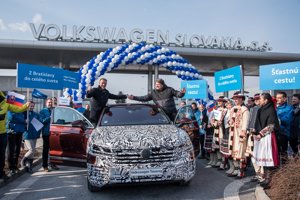 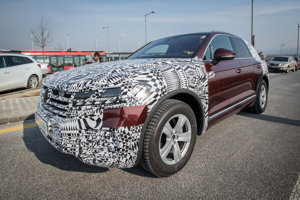 The first car of the latest addition to Volkswagen Slovakia’s product portfolio to be manufactured set out on a three-week journey from Bratislava to the Chinese capital on Thursday, March 1. The car has been masked, as all its parameters and the design itself will only be introduced in China. It is being driven by Rainer Zietlow, a long-distance world record holder.

Since the launch of the production of this model in 2002 the Slovak arm of the German carmaker has produced almost one million Touareg cars.