An almost forgotten architect who changed the face of Bratislava

Friedrich Weinwurm, the most important architect of the Slovak avant-garde, exhibited in the Slovak National Gallery 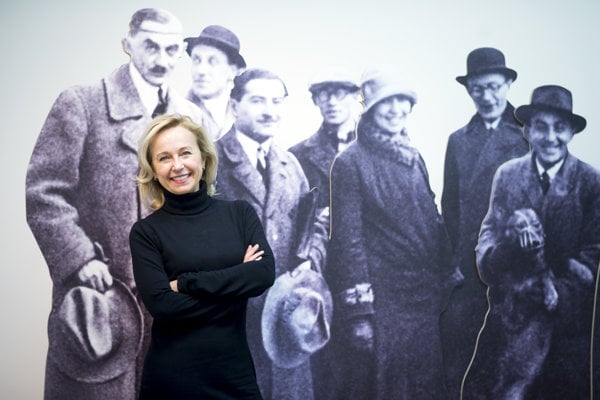 Henrieta Moravčíková in front of family photo of Weinwurm and Vécsei studio. Weinwurm is the man on the left. (Source: Sme)
Font size:A-|A+

Architect Friedrich Weinwurm designed luxurious villas as well as a breakthrough hospital, but he is remembered the most for his two iconic apartments blocks in Bratislava for the less privileged – UNITAS and Nová Doba (New Age). These were the biggest experiment of the leftist avant-garde architecture of that time, when they went even beyond Slovak borders. Weinwurm materialised the idea of a roof over everyone’s head.

“This was his lifelong effort,” said theoretician and historian of architecture Henrieta Moravčíková. “He dealt with modern housing for modern man not only at the level of exclusive villas or rental houses but at the level that we would call social housing today.”

Moravčíková, the biggest expert in Weinwurm’s oeuvre and life, published an extensive Slovak-English monography about Weinwurm in 2014. Now she has prepared an exhibition about this almost forgotten architect for the Slovak National Gallery.

Friedrich Weinwurm was a German speaking architect of Jewish origin born in 1885 in Borský Mikuláš, 65 km from Bratislava. He studied architecture in Berlin and Dresden. After suffering a head injury in WWI, he was transferred to Bratislava in 1915 to design military monuments and cemeteries. And he stayed here.

“He unceasingly promoted his conception of an architecture grounded in objectivity, a functional- and operational-derived form on the standardisation of floor layouts and the unification of construction elements,” says Moravčíková, adding that he was one of the few who actually tested these ideas in practical constructions. In practical life this meant that he designed buildings with flat roofs, freed from ornaments and focused exclusively on their function.

In 1925 he created an architectural studio with the Hungarian-speaking architect, also of Jewish origin, Ignác Vécsei: Weinwurm and Vécsei. Until they had to close it in 1941 due to Nazi race laws, they designed almost one hundred buildings mostly in Bratislava, as well as Nitra and Žilina. Most of them are standing today. Some are in better shape while others have been completely rebuilt, losing the spirit of Weinwurm’s modernist touch.

When walking down Bratislava it is hardly impossible not to pass his unobtrusive architecture.

“He did not design houses that stirred excessive attention,” said Moravčíková. “The buildings had to create a good environment either for those living in them as well as those who are just passing them, said Weinwurm. And he was a master at this.”

Weinwurm vanished in Košice in 1942 during his flight from the then Nazi satellite Slovak state. His body has never been found and his death has not been explained to this day.

“Our goal was to show Weinwurm as architect and introduce him as somebody who might arrive today and design buildings for Bratislava or another Slovak or European city,” said Moravčíková, adding that they choose standard means for architectonical exhibitions like drawings, models and photographs. The latter, by photographer Olja Triaška Stefanović, are large-sized enabling an almost realistic experience from architecture. 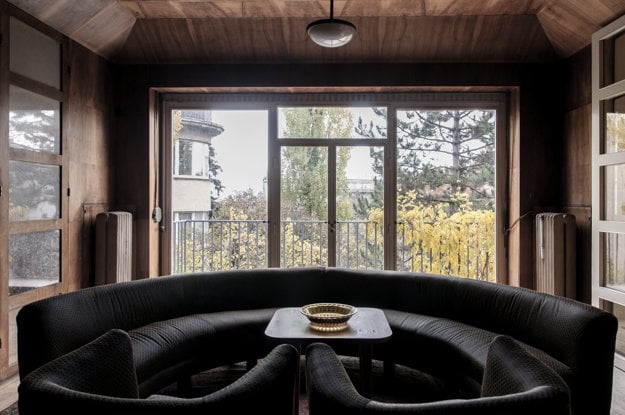 The exhibition also offers the three most important texts by Weinwurm about architecture, translated from German into Slovak for the first time. Their recordings, both in Slovak and German, are played in three rooms.

Bratislava also had its “Tugendhat” villa

The exhibition presents a selection of villas, out of which Villa Pfeffer comprises an outstanding place. It reflected the then most modern ideas of how a modern villa should look like and function. Moravčíková likened it to the famous Tugendhat Villa in Brno designed by German architect Ludwig Miese van der Rohe.