Young Slovak martyr will be beatified

Anna Kolesárová was shot down by a Russian soldier during World War II but her sacrifice is still honoured today. 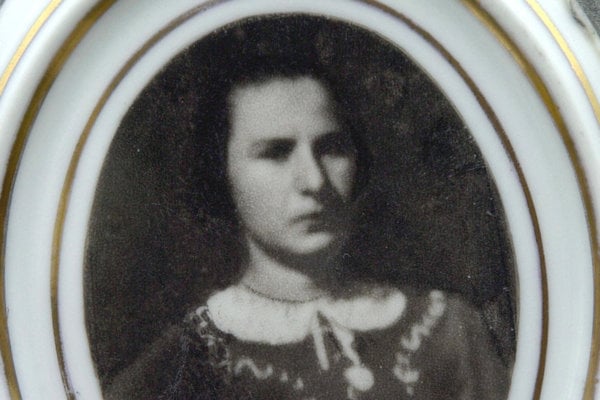 Slovakia will have a new beatified personage. On March 7, Pope Francis approved a decree on the martyrdom of Anna Kolesárová who was shot down at the end of World War II by a Russian soldier. The girl, aged only 16, died in a fight to keep her innocence.

The Pope received Cardinal Angelo Amato, the prefect of the Congregation for Cases of Saints, on March 6, 2018. During the ceremony, Pope Francis approved the Congregation issuing a decree on martyrdom of the God’s Servant (i.e. a person whose process of beatification has started but was not finished) Anna Kolesárová, born in Vysoká nad Uhom in Slovakia on July 14, 1928, and murdered with hatred towards the faith on November 22, 1944,” the press department of the Holy See informed the SITA newswire.

Biography of the young Slovak martyr

Kolesárová was born in a village in eastern Slovakia and lost her mother at 10 years old. After a modest, pious and kind life, she, along with her father and brother, hid in a cellar from the Russian soldiers who liberated Slovakia at the end of WWI. When a Russian soldier searched their home, Anna prepared food for him but refused sexual intercourse, even when her life was threatened.

She ran to her father and brother, under gunpoint, and was soon killed by the soldier with two shots. Due to ongoing fights, her family spent one more night with her dead body in the cellar and then hastily buried her in a shallow grave, SITA wrote.

Priest Anton Lukáč buried her on November 29, 1944. Immediately after the burial, he wrote in the parish register Hostia Sanctae Castitatis, i.e. the Victim of holy chastity.

Annually, hundreds of young people visit the grave of Anna Kolesárová. The first meeting initiated by the testimony of her martyr death took place in 1999. Since then, regular pilgrimages have been organised, according to SITA.