Do you know what Slovakia and Slovenia have in common?

Confusing Slovakia and Slovenia is a mistake that occurs even in top politics. 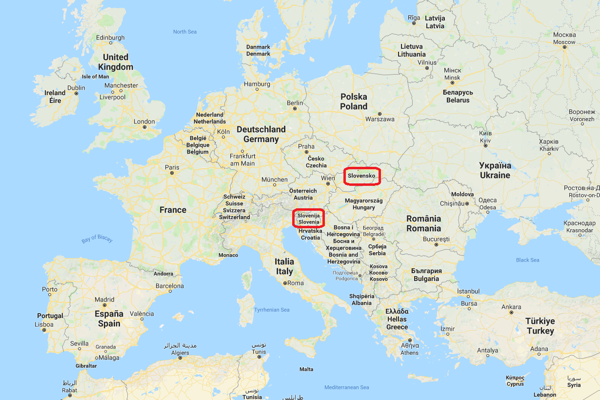 This article is based the exhibition of the Slovak National Museum, the Slovak-Slovenian Dimension. If you want to learn more, the exhibition is on display in Martin until the end of March.

During the allied bombing of the Apollo Refinery in Bratislava on June 16, 1944, one of the American jet fighters, piloted by the US Army Lieutenant Ray Wallace Allen, was hit by German anti-aircraft artillery.

Before crashing, the pilot sent a message to the radio operators that he was trying to land in Slovakia. But his message apparently came across as “Slovenia”, as the base then reported the pilot’s message came from somewhere from the Yugoslav coast and that the plane had probably fallen into the sea.

The pilot had been recorded as missing up until amateur investigators from the Aviation History Club in Slovakia found the wreckage of an aircraft and the pilot’s remains in Svätý Jur near Bratislava in 1990. Study of the wreckage confirmed the plane crash site was in Slovakia, clarifying the tragic story of the missing pilot.

Slovakia or Slovenia? A “classic” mistake

Lieutenant Ray Wallace Allen’s story might have been the first but definitely not the last time Slovakia and Slovenia were confused.

“The only thing I know about Slovakia is what I learned first-hand from your foreign minister, who came to Texas,” US President George Bush stated in 1999. Actually, the man he had met and spoken with in Texas was Janez Drnovšek, the then PM of the Slovene government.

When Slovene ex-president Milan Kučan came to visit Romania in 2002, instead of his country’s anthem, they played the Slovak anthem.