Italian journalist: The Courts say that the Vadalas are from ‘Ndrangheta. That’s all there is to it 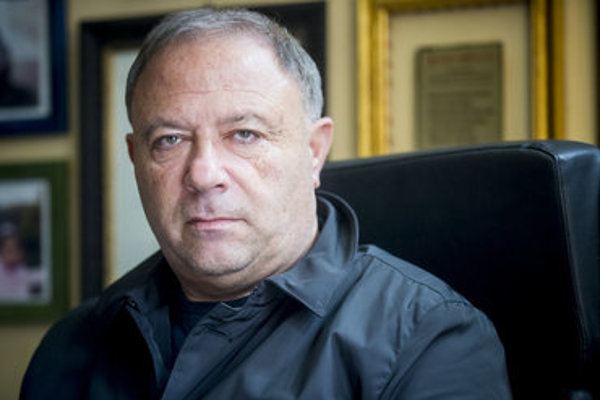 An investigative journalist from Il Quotidiano del Sud (the Daily of the South) Michele Albanese has been studying ‘Ndrangheta for 30 years, and he has had bodyguards for four.The murder of Ján Kuciak has caught all of his Italian colleagues by surprise, he says.

Sme: You are a reporter for Il Quotidiano del Sud. What stories do you focus on?

Michele Albanese (MA): I have been dealing with ‘Ndrangheta for 30 years.

Sme: When someone writes about the Mafia, they are thought to be very brave. Have you ever felt fear?

MA: Fear is a human dimension for every person. Not just journalists but also – for example – the police are afraid. But each one of us should act to respect the values we believe in. I want to be a free person and I am doing my job as a free journalist. Even if I am afraid, I have to do it. In past years, I have even received threats. They came here and looted my house. They entered my office and searched through my documents. I was outside my home then. They spied on me so I know what fear is about. They sent threatening letters to the newspaper.

Sme: Did they threaten to murder you?

MA: Yes. Threats that they would kill me. There were crosses on those letters.

Sme: What were your feelings in those situations? What did you do?

MA: I realised that there are happy moments in life – but also moments of fear. But happiness and fear are companions who walk together in a human’s life. Courage is born from the awareness of what your role is in your homeland. This is my country and Slovakia is your country. And we should defend these countries. We should do everything we can so that people are able to live in peace even though that may evoke fear. I feel fear too but it won’t stop me.

Many years ago, people from ‘Ndrangheta spread out to the whole of Europe, including eastern Europe, to do their business. Thus, you cannot rule out the notion that they joined their criminal interests with corruption.

Sme: Did your relatives ever tell you to quit this work?

MA: They told me several times. But this is my job. I chose it. The new enemies of Europe are not ideologies but the mafia. Not only the armed mafia but the mafia in suits and ties, the economic mafia who recycle money from the drug trade.

Sme: Your bodyguards are here with us, in the same room. How many years have you had them? And why?

MA: For four years. It turned out that people from ‘Ndrangheta wanted to kill me, and that’s why the state protects me. If I leave my home, I call the police, and they come with an armoured car.

MA: You are not free anymore. But I prefer living like this because I can make more space for freedom in my country. Because I want to work as a journalist and defeat the Mafia.

Sme: Three weeks ago, investigative journalist Ján Kuciak was murdered in Slovakia; he used to write about Italian entrepreneurs living there. One of the theories is that it was ‘Ndrangheta who killed him. Do you consider it probable, or does the Calabrian mafia not do such things?

MA: In Calabria, ‘Ndrangheta has never killed a journalist; they are intelligent mafia, wishing to act silently. I know, though, that many years ago, people from ‘Ndrangheta spread accross the whole of Europe, including eastern Europe, to do their business. Thus, you cannot rule out the notion that they joined their criminal interests with corruption. A reporter may have caused them problems when scrutinising the connection between the criminal interests of ‘Ndrangheta, and individual parts of the executive power in Slovakia. Therefore, it may well have been that Ján Kuciak was murdered on the order of someone whose plans he thwarted with his investigation. It is an ugly and terrible thing. It is in fact dangerous for the freedom of the spread of information in Europe.

But as they have money, they tend to buy politicians. They corrupt. The first enemy of a democratic state is corruption. A politician who sells himself cannot represent his fellow citizens. He must be dumped.

Sme: What impact has this murder had on Italian journalists?

MA: The murder of Ján Kuciak and his fiancée had a crushing impact on Italy. We were hit hard by the way they were murdered. It touched us deeply. In Italy, we know what risks reporters involved in investigative journalism dealing with the Mafia face. Not just in Sicily but elsewhere, many journalists have been killed.

Sme: Can you say how many, at least approximately?

MA: Dozens. A journalist has to ask questions, has to scrutinise things, has to collect data and if he discovers something, he must tell it – this is his professional duty, even if it means danger. This is because a country is, by essence, free and democratic if the press is free. It has to spread serious and correct information not influenced by anyone, neither political or economic or criminal. Information is the salt of democracy.”

Sme: You say that Italy was very much affected by the way the Kuciak and his fiancée were murdered. Famous Italian journalist Roberto Saviano said in an interview, however, that the method rather resembled that used by the Slavonic mafia. What do you think?

MA: There are many ways to kill a person. If this murder had happened in southern Italy, in Calabria, maybe a bomb or a lupara would have been used. I cannot be certai whether it was a Mafia murder, or not, but I think it was a political-mafia murder, based on what Kuciak wrote about. He wrote about the connection between criminal interests and corrupt state institutions.

Sme: The key person in this story is Antonino Vadala. Do you know about him?