She faced Russian tanks in 1968. Today, she protests again

There are no tanks pointing at us today, says Mária Homolková, who joined protests in SNP Square once again in March 2018 to secure a better life for her grandchildren. 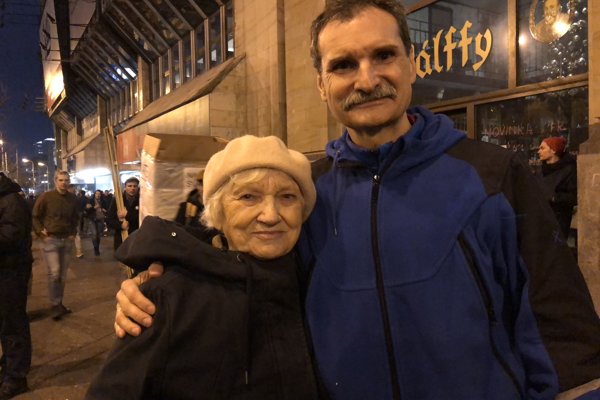 Mária Homolková was one of the tens of thousands who came to Bratislava’s SNP Square to stand up for a better Slovakia this past month. She was surrounded by her family, as she carefully listened to everything the speakers on the stage said to the crowd.

She was obviously much older than most of the protestors there. She walked slowly, with her husband at her side to support her.

“Oh, darling, I was always the first at the barricades,” she told me after the protest ended. Later, I learnt she meant it as more than a mere figure of speech.

The woman from the poster

August 21st, 1968: The Warsaw Pact troops, led by the Soviet army, invaded Czechoslovakia to put an end to the period that later became known as the Prague Spring or “communism with a human face” represented by Alexander Dubček. Mária Homolková was 27 years old then. She took her 5-year-old son, Mario, to the SNP Square to join the many Bratislava citizens who came out that day.

“I stood in front of a tank, crying a lot and shouting at a soldier,” she recalls. She asked the soldier, in Russian, why they came, still holding her son in her arms. This exact moment was captured by a photographer; the next day, Homolková and her son appeared on posters. 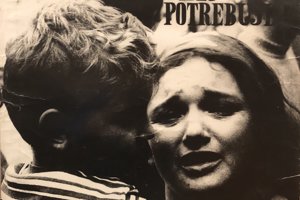 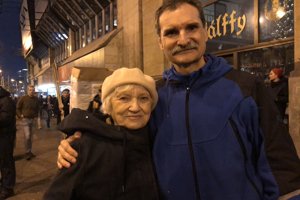 The woman from the poster (3 photos)

She looks out of the window as she speaks, pointing to the exact spot where she stood and where the tank barrel was. It’s the kind of thing even 50 years cannot erase from one’s memory.