Candle Manifestation 1988: We went into it like innocent children

Thirty years ago, thousands of people stood on the square, holding candles and praying. But the police brutally beat them and used water cannons against them. 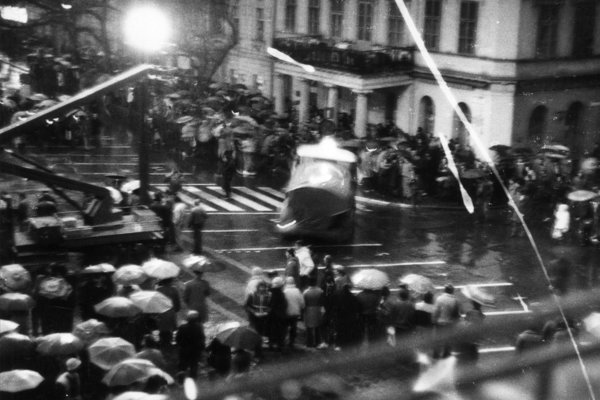 “Hviezdoslavovo is almost full now, up until those trees. On this side, near the church, an awfully large amount of people stand and yet more are coming out of the church with lit candles… Use service cars to push away the masses…”

These were some instructions police were given during the Candle Manifestation, which took place on March 25, 1988. The non-violent gathering saw thousands of people from all around Slovakia hit the streets of Bratislava. However, it was brutally suppressed.

The Candle Manifestation was one of the most important acts against the communist regime, a precursor of the Velvet Revolution. Even though the secret Church was its driving force, its organisers demanded not just freedom of confession, but also complete recognition of civil rights in Czechoslovakia for all - both believers and atheists.

“We demanded freedom for the Church, but we also understood that we couldn't just fight for ourselves,” explained one of the main activists of the secret Church, Vladimír Jukl, in the book Čas Svitania (Time of Dawn) by Ján Šimulčík. “There were other people in the society who, even though they were not Christians, suffered just as much or perhaps even more than we did. We wanted to show solidarity with them, and demand rights for them as well with respect to democratic human rights.”

Slovakia was on its own

At first, there was the initiative of Marián Šťastný from the World Congress of Slovaks to organise protests in front of Czechoslovak embassies around the world for religious rights and freedoms in the socialist Czechoslovakia. He also sent a secret message about it to dissident Ján Čarnogurský.

“He got the message in the Milka chocolate that he originally planned to give as a present to someone, but in the end he kept it for himself, opened it, and there was our letter,” František Mikloško, one of the organisers of the manifestation, recalls. 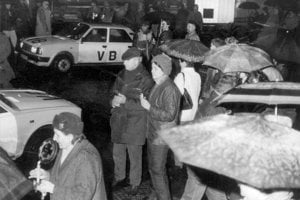 At the beginning, however, he was not convinced that he wanted to get involved in such an action, unlike Čarnogurský who, according to Mikloško “was immediately ready to do it, because he was a politician since he was a child”.

For Mikloško, though, it was a major breaking point.

“Until then, we organised a lot of events, pilgrimages, but mostly in religious places where the police could not have any objections,” Mikloško recalls. “So it took me a while.”

In socialist Czechoslovakia, the Catholic priests who collaborated with the regime were part of the Pacem in Terris association. At the same time, there was an active secret Church, whose members faced persecution and prison.

It was key for the organisers of the manifestation to win the influential core of the secret Church for the idea: Silvester Krčméry, Vladimír Jukl, and the secretly ordained bishop, Ján Chryzostom Korec. The latter was not easily persuaded, reluctant to get involved in politics.

“If Korec said no, we wouldn’t get anyone to join the manifestation,” Mikloško recalls. “When I said that to him, he remained silent and then asked: ‘What do you want me to tell you?’ ‘That you are not against it.’ He said spontaneously, ‘I am not’. So I quickly left, so it wouldn’t be up for discussion anymore.”