The festival had international participation. 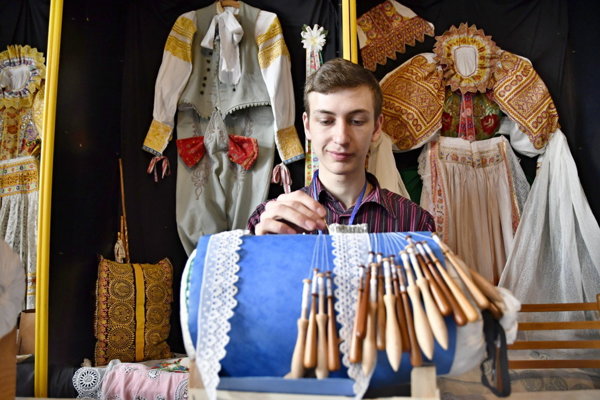 Men who make bobbin lace organized their first meeting in Slovakia in Krakovany near Piešťany. Making bobbin lace is usually considered the domain of women.

Matej Pisca, one of the organizers, grew up seeing his mother make bobbin lace. She is passionate about the topic and helped organize other festivals of bobbin lace. It is not surprising that her son, instead of being an observer, also dedicates his time to making bobbin lace.

“It is hard to say how many men make bobbin lace. I know about 12 in Slovakia but I am sure there are more,” said Matej Pisca as quoted by the TASR newswire.

He thinks that it has begun to be more common for men to make bobbin lace.

“I like traditional lace the most. We have twenty types of lace in Slovakia, probably a world rarity,” he noted, as cited by TASR.

Pisca is in his thirties, the youngest lace maker at the festival was 22 years old and the oldest Vladimír Pagáčik from Myjava is over 60 years old. Besides Slovaks, there were also lace makers from South Africa and Estonia.

“We are glad that they came to learn how to make our unique lace here in Slovakia. Those who have only seen Slovak lace in pictures did not believe that it was bobbin lace until now. It is very different from others,” said Pisca for TASR.

The event is called Men Making Lace Festival. Its location will change according to the homelands of attending lace makers.

In Krakovany, they learnt how to make “krakovianska” lace, considered to be unique in the world.

“Everywhere else, lace is made with four sticks, krakovianska is made with five,” said Daniela Piscová, director of the recent Festival of Bobbin Lace.

She explained that krakovianska lace is a university of lace making. Lace makers have to come up with an idea, design it, count the pattern and make it.

“When you look at it, it doesn’t look like bobbin lace, it seems like it is woven and it’s very colourful, similar to folk costumes in Krakovany and its surroundings,” she added. 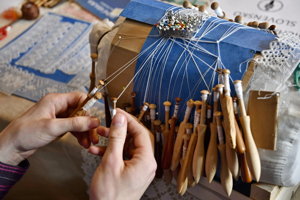 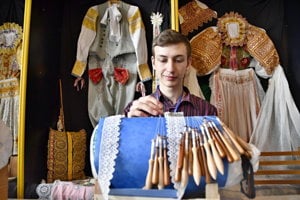 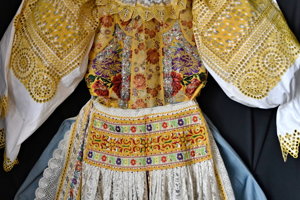