Blog: Sleepwalking away from a decent Slovakia

The mood of agency and urgency seems to have drifted. Reflections from a Brit living in Slovakia. 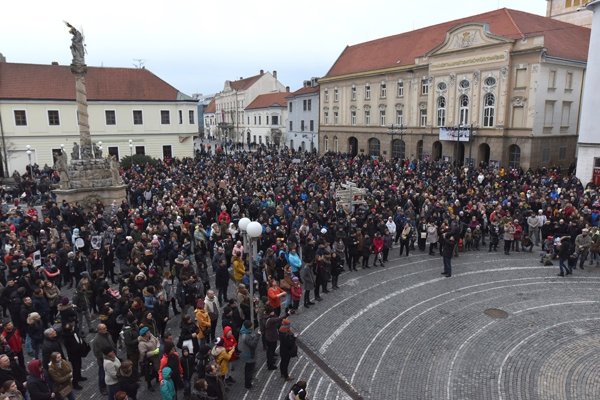 Hope was crushed last week, perhaps temporarily, but perhaps not. Weakness was shown by the president in his acceptance of the government 'shake up' but sadly the protesters deciding to call off the Bratislava rally seemed to me to give the wrong signal as well.

The mood for change still persists among so many people but the sense of agency and urgency seems to have drifted so quickly.

Until those in power respond with a positive agenda to build a Decent Slovakia why should anyone believe things will change. You only need to go back and read the EU Anti-Corruption Report 2014 and the inadequate way this is now taken forward in the annual European Semester country report to wonder why this whole issue has been left to drift, both by the EU and by Slovakia. The 2014 report makes dreadful reading and the latest country report concludes that there has been effectively no progress.

Nobody expects those in power to be perfect but without a moral compass and appropriate sanctions for failure, 'doing the right thing' will always drift. Trust in the institutions of Slovak government is missing and if restoring trust is important it must be based on winning people’s confidence that those in power will act in the best interests of the nation and its people.

Checks and balances are needed and the sad fact that corruption seems to be considered to be normal is shown by the lack of any persistence in either its resolution or the systemic improvement needed to maintain new standards.

Standards in public life are a big part of what makes a country a nice place to live. These underpin the standard of living in every country. You only have to look at the league tables published by Transparency International and the Index of Social and Economic Wellbeing (published by the OECD) to see what l mean. The Scandinavian countries are all very highly ranked.

It seems odd to me that both the EU and Slovakia recognise the issue but have effectively done nothing to address it. Specifically in the case of the misuse of EU money constant vigilance should be in place by both parties. I can't understand why the EU aren't taking more real action although sadly I'm not surprised. This should be made to be a wake up call for the EU.

But what will actually happen ? Most people hope for change but unfortunately many expect the status quo to persist. Who will have the strength to apply and maintain the moral compass and who can hold the executive to account ?

At the moment, with the exception of freedom to travel and a wide range of goods now available in the shops, a modified version of communism seems to have developed. So perhaps deep down it's a battle of principles - democracy Russian-style or democracy EU-style. I do hope it won't take another generation to resolve this.

For the present, if these issues are not treated with the seriousness they deserve by those in power (and pressure is not maintained by the organisers of the protests), it just feels like people will quickly go back to 'normal', life will go on as it does now and the hope for change and a Decent Slovakia will be lost in a collective sleepwalk. Is this really an adequate response to the senseless murder of two young people ?

Alan Gillman is an Englishman currently living in Lučenec. He shares his views and experiences of living in Slovakia here occasionally as well as on his Facebook page.