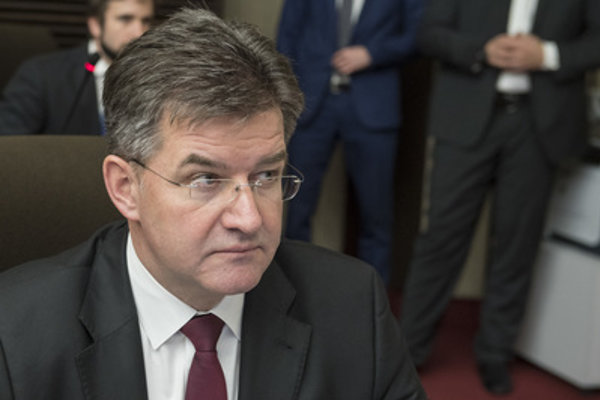 Slovak Foreign Minister Miroslav Lajčák (a Smer nominee) spoke about the case of poisoned Russian spy Sergei Skripal in the UK with the British Ambassador to Slovakia, Andrew Garth, on March 28.

The minister said that Slovakia’s further steps in this case will depend on Russia’s reaction; the UK believes Russia is behind the recent poisoning of Skripal and his daughter.

Lajčák also condemned the attack with the nerve agent Novichok and informed, as cited by the TASR newswire, that on Tuesday, March 27, his ministry summoned Russian Ambassador Alexey Leonidovich Fedotov to explain the case. The ministry also requested that he refutes suspicions that Russia had “anything to do with the reprehensible act in the territory of the United Kingdom”.

“Reactions from the Russian Federation in the coming days will influence further steps we're ready to consider in this matter,” Lajčák noted. “We’ll be monitoring the process closely and of course the investigation, and after reviewing all relevant facts, we’ll be ready to take further action.”

As a result of the poisoning case, several states have expelled Russian diplomats from their borders. Slovakia has not joined them, however.

Slovak President Andrej Kiska is asking for a clear attitude from Slovakia in relation to the case.

“We express our full solidarity with the United Kingdom, who we see as our strategic ally and partner,” Lajčák sated, adding that Slovakia has also condemned the attack on Sergei Skripal and his daughter with the use of a chemical agent “as an unacceptable violation of international treaties, and we’ve called on Moscow to cooperate fully and refute suspicions that it is behind the attack.''

The Slovak Republic “is with full seriousness aware of the UK’s evaluation that the Russian Federation is probably behind the attack”, according to the ministry which also added it believes that respective British authorities, even with the help of specialists from the OPCW (the Organisation for the Prohibition of Chemical Weapons), as well as the requested information from the Russian side, will find as soon as possible the perpetrators of the act and the origin of the weapon.

“We also expect the respective Russian authorities to provide information in the shortest possible time, as requested by the British side, which we clearly communicated to the Russian ambassador during his summons,” added the ministry.

UK Ambassador to Slovakia, Andrew Garth, reacted to Slovakia’s reluctance to make steps in the wake of the nerve-agent attack. Garth said, as quoted by the SITA newswire, he believes Slovakia will ultimately join its European allies and reminded politicians of the three top constitutional officials declarations of pro-EU and pro-Atlantic orientation.

In the latest twist of events, Lajčák also said at a March 28 briefing that Slovakia will summon its Ambassador to Russia, Peter Priputen, back to Slovakia for consultations. The foreign minister said this after a cabinet meeting, as quoted by TASR, adding this was a serious diplomatic act that has not been used in the past 25 years.