The ex-health minister who installed him in the post admitted that his nomination might not have been particularly fortunate. 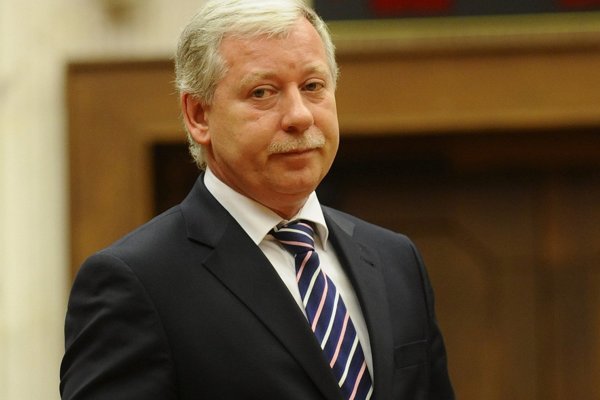 Jozef Valocký (Smer) has resigned from the post of National Oncology Institute (NOÚ) general director, effective as of April 30, amid complaints from staff concerning the resignations of key personnel and delays in operations. His resignation has already been accepted by the new Health Minister, Andrea Kalavská (a Smer nominee), said ministry spokesperson Zuzana Eliášová.

“I did so to calm down the situation at the NOÚ… I will not allow the patients to become hostages of any groups,” wrote Valocký, as cited by the TASR newswire.

During the last year as many as 15 doctors left the hospital and others were prepared to leave unless Valocký resigned. The hospital also lacks 25 nurses. The understaffing has resulted in the extension of the waiting time for surgery to seven weeks, the Sme daily reported.

The health minister last week told the media that she had asked Valocký to “declare that all key doctors at the oncology institute are willing to work there”. Valocký had until the end of this week to do so.

“It takes years to become an expert in this field and we can’t afford to lose such people,” said Kalavská, as cited by TASR.

While Kalavská at the time refrained from “talking about anyone’s failure”, her predecessor Tomáš Drucker (who as a Smer nominee last month switched to the Interior Ministry) conceded that his own nomination of Valocký for the post of NOÚ director might not have been particularly fortunate. At that time he defended his nomination using the good economic results of the Nitra hospital.

“I understand that he’s a governing coalition MP, I’ve never had any conflict with him but unfortunately, the situation has resulted in a mood that is bad for all,” said Drucker last week.

The new head of the oncological hospital should be selected via a tender within six months.

Valocký is a surgeon and MP for the ruling Smer Party. He is also, allegedly, one of its sponsors, Sme wrote. Before leading the oncological hospital, he led the Nitra teaching hospital and before this the hospital in Galanta.

Head of the Medical Trade Unions, Peter Visolajský, was very critical of Drucker as health minister in his blog published on March 27. He recalls the case of the Nitra Faculty Hospital, managed by Valocký back in 2016 when anaesthesiologists started filing notices, which was not the first problem with the personnel the hospital had had to deal with under Valocký. In the end, the minister dismissed Valocký from his post in Nitra, but Valocký got the job of director of the National Oncology Institute in Bratislava soon afterwards. That hospital ran into similar problems to those experienced by Nitra in 2016, Visolajský wrote.

As the head of the Nitra hospital Valocký was also involved in a cover-up of the alteration of the health records of a new born baby. He admitted this only after the Sme daily published the proof. As the head of this hospital he also prepared a dubious tender to buy operating tables for patients up to 500 kg.