Police will not prosecute Kočner for his threats against Kuciak

They dismissed the motion submitted by murdered journalist for the second time. 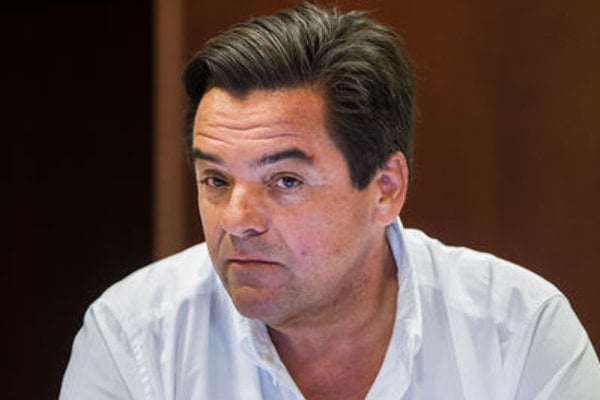 The National Criminal Agency (NAKA) will not proceed further with the threats that businessman Marián Kočner made against murdered investigative journalist Ján Kuciak.

Even though the businessman threatened that the journalist would certainly stop writing, the police claimed that he did not do anything wrong, the Denník N daily reported.

The decision will be considered by the prosecutor’s office.

This was not the first time the police have turned down the complaint. During a September 5, 2017 phone interview with Kočner, Kuciak asked him about his murky businesses. Instead of answers, the former started to threaten and insult the journalist, calling him names.

“Mr Kuciak, I will start inquiring about your mother, your father, your siblings, everybody and will publish everything I find out about you,” Kočner said in a recorded conversation, as quoted by Denník N, adding that when he was done, Kuciak would surely stop writing.

Following the interview, Kuciak submitted a criminal complaint against Kočner, who was also mentioned in the so-called mafia lists, for intimidation. However, the police dismissed it, without inviting the businessman for a hearing.

After the journalist had been murdered on February 21, 2018 in his house in Veľká Mača (Trnava Region) together with his fiancée Martina Kušnírová, General Prosecutor Jaromír Čižnár ordered the case to be re-opened and that Kočner should be heard.

“There is no reason to start a criminal prosecution,” said investigator Juraj Bago, as quoted by Denník N.

What were the investigator's findings?

When describing Kočner’s testimony, the investigator said that the businessman regarded the story Kuciak was writing as an attempt to cross the borders of politeness and that he wanted to write about him in some negative context at any price. Kočner even claimed that Kuciak’s story was ordered. He explained that he was only seeking information to reveal the connection between the journalist and the ordering party.

Moreover, the investigator claimed that Kočner’s threats cannot be considered threats of death, serious bodily harm or to the journalist’s reputation as true information cannot harm somebody’s reputation, as reported by the daily.

The investigator also said that Kočner and Kuciak met only once, at a press conference, where no physical violence occurred.

Though the words the businessman used were not well chosen, it was not a crime, the investigator added, as reported by Denník N.