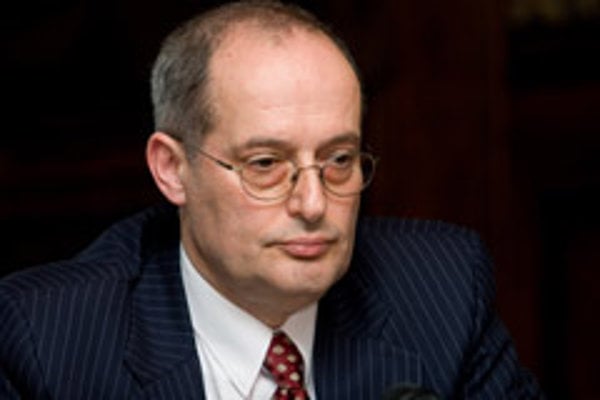 After his sweeping victory, Hungarian PM Viktor Orbán is likely going to transform Hungary into a Putinesque presidential republic, change the election law, and strip the judiciary of its remaining independence, predicts Miklós Haraszti.

Miklós Haraszti (MH): This whole pseudo-ideological quasi-identity political talk about migration was just a smokescreen. The real worry of the inside and outside criticism of Orbánism was about his getting rid of checks and balances, the transformation of the constitution, of the electoral system, of the media landscape, of the oversight bodies, and the total elimination of the separation of power, driving absolutely everything under the executive branch and personally under Orbán within the executive. The smokescreen simply served to feed the poor of Hungary with a new version of xenophobia.

Miklós Haraszti is a former Hungarian dissident, journalist, human rights activist, diplomat, and writer. He was a key figure in the democratic transformation of the country. He served as the OSCE Representative on Media Freedom between 2004 and 2010.

So that smokescreen was meant only for the poor?

MH: Orbán’s bloc consists of two parts: one is the nouveau riche, the bureaucratic new middle class that he nurtures and which in exchange for political fidelity receives beneficial tax exemptions as well as good jobs and business. On the other hand, the losers of the system are fed with a convenient new version of xenophobia, which psycho-politically transforms the well-entrenched hatred towards Roma into anti-migrant feelings and tops it with an un-outspoken anti-Semitism of the anti-Soros propaganda. That’s what the poor get. Of course, none of the middle class buys it, it’s just convenient. I believe the so-called Christian nature of the country is part of the smokescreen. It also serves on the international scene to fight those who criticise the demise of the rule of law and democracy, as if they were attacking something pristine in the country. The revival of Hungarian vindictive nationalism is being used, the notion that we are always attacked, always the victims, and the reason why we get all this criticism is anti-Hungarian, anti-Christian liberal internationalism.

Did this election show Hungarians are more xenophobic than previously thought?