New health minister: I'm a doctor first of all

While some praise the fact that the Health Ministry was taken over by an insider, others question Andrea Kalavská’s professionality and morality. 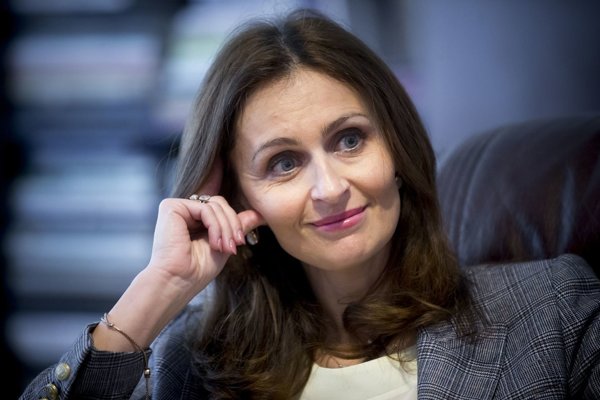 The image of the recent health ministers has not been very good and many of them faced several problems and suspicions of conflicts of interest when serving in the post.

Ivan Uhliarik of the Christian Democratic Movement (KDH) was criticised for his ties to the Penta financial group, while his successor Zuzana Zvolenská, nominee of the Smer party, is from the Dôvera health insurer (which also belongs to Penta) and had to leave after the scandal with the overpriced purchase of the CT scanner by Piešťany hospital. Another health minister, Viliam Čislák (Smer nominee), had to explain his ties to Penta.

At the same time, the sector faced several problems, including the dilapidated state of hospitals and demands for salary hikes and improvements to working conditions. Tomáš Drucker came in as a crisis manager, who was supposed to solve the problems in health care. After changes to the government and his departure to the Interior Ministry, the department was taken over by Andrea Kalavská, who served as a state secretary.

While some praise the fact that she comes from the ministry, knows Drucker’s agenda and wants to continue in the initiated projects, the others are critical of her approach while serving as state secretary.

“She didn’t create space for professional arguments and was instead influenced by interest and financial groups, which was the problem of previous ministers,” Iveta Lazorová, chair of the Slovak Chamber of Nurses and Midwives, told The Slovak Spectator.

However, she hopes that the minister will see the criticism as constructive and try to adopt decisions based on arguments and the demands of practice.

“Even though I’m health minister, I’m a doctor first of all, so I want patients, as well as doctors, nurses and other medical workers, to feel positive changes,” Kalavská told The Slovak Spectator.

Dušan Zachar, analyst of the INEKO think tank, believes it is good that the health department will be taken over by Kalavská, who as state secretary has been present at the ministry and is acquainted with the agenda.