A quick and driverless bus crashed through the streets of Bratislava

A trainee driver left a city transport bus without engaging the handbrake; later, the newly autonomous bus wrecked havoc in the borough of Dúbravka. 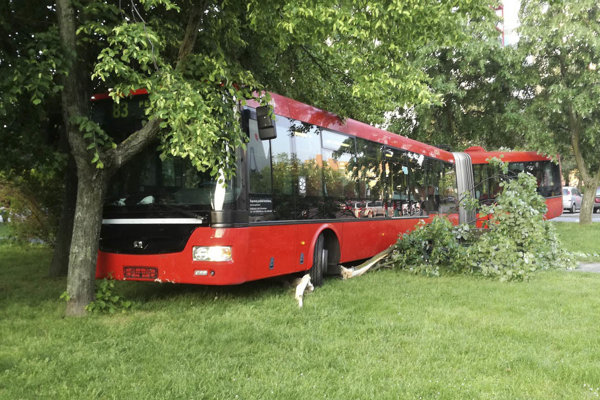 A bus operating the 83 line in the Bratislava borough of Dúbravka rushed down a hill and hit a tree on May 4. The driver, who was still in training, failed to pull the handbrake down before leaving the bus, and later admitted to his mistake, the Sme daily wrote. He discovered a malfunction with the fourth door, reported it to the dispatching office, and then left the vehicle to find a bathroom – without thinking of the brake.

Nobody was injured in the accident but the autonomous bus did damage two cars, several benches, posts, road signs and greenery.

The police established it was the driver’s mistake and fined him. The bus procured an estimated €3,900 in damages while the cars obtained about €1,000 each.

Thank you for singing up. Shortly an email will be sent to the address you provided to verify your e-mail.
Error! Please try to register again later, your e-mail was not registered.
Your email is not in a correct format.
Please confirm you are not a robot.
Share on Facebook (100)