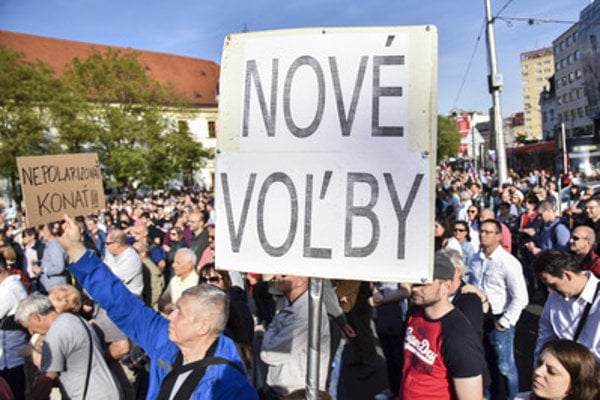 On May 4, people gathered in the streets again to express their discontent also with the situation in public-service broadcaster RTVS. Farmers decided to support the protest gatherings and blocked the roads with tractors. They protested against the ignorance of some state authorities, who do not show interest in their problems.

The dissatisfaction of voters with the current ruling coalition after the double murder of Ján Kuciak and Martina Kušnírová is high even after the change of the prime minister. As many as 44.7 percent of respondents in the poll carried out by the Focus agency for the Denník N daily say they want early elections, while some 47.6 percent said they do not support such option.

Following the extremely hot April, Slovakia will probably experience record high temperatures also in May. Dry soil and strong wind create ideal conditions for the rise of wildfires. The situation is the worst in the north of Slovakia. The Slovak Hydrometeorological Institute issued an alert on risk of high fire danger in forests as of Monday.