The increasing number of municipalities in both countries are interested in quality aerial shots. 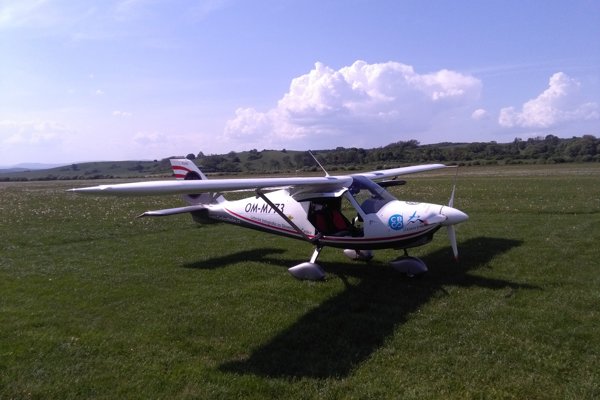 The inhabitants of Slovakia and the Czech Republic will have to get accustomed to the Skyper GT9, a two-seat ultra-light plane of Slovak origin, which will fly above their heads in the following months.

The plane, bought by Banská Bystrica publishing house CBS, which has issued more than 40 books with aerial pictures from the Slovak regions, wants to use it for better and higher-quality pictures of the mapped areas.

The main reason for purchasing the plane is the increasing interest of municipalities and companies in aerial shots. This is the case of both Slovakia and the Czech Republic, the TASR newswire reported.

What are the advantages?

“Since the plane can fly 200 kilometres per hour, and its maximum speed is 220 km/h, it can quickly arrive in any town or village in Slovakia,” said Milan Paprčka, pilot and photographer, as quoted by TASR. “And the Czech Republic is close, too.”

With one full fuel tank, the plane can fly for six hours and a total of 1,000 kilometres, which makes the flight flexible. It also saves time.

“In case we need to land, there are many more airports we can choose from, since we can land and take off from a shorter runway at a smaller airport,” Paprčka added, as quoted by TASR.

Since it is possible to fly only 100 km/hr., photographers can take better and higher quality pictures.

“They manufactured a special window for taking pictures, where we can also use bigger lens,” Paprčka said, as quoted by TASR.