Over 12 percent of Slovaks threatened by poverty in 2017

The EU statistics evaluated the income and living conditions of member states, including Slovakia. 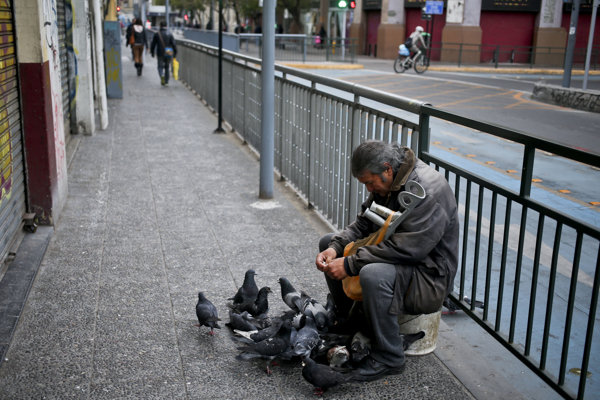 It quoted the Statistics Office chairman Alexander Ballek who presented data from the European Union Statistics on Income and Living Conditions (EU SILC 2017).

Compared to the previous year, there was a decline of 0.3 percentage points, or 20,000 people, TASR wrote.

The income poverty profile and the development of poverty risk as the main indicators are stable, Ballek noted. “Particularly stressed must be the high level of regional disparity,” he added.

Inhabitants of the Bratislava region have the lowest poverty risk (4.6 percent), but in the east of Slovakia the threat is three times as high – 18.1 percent in the Prešov Region and 15.5 percent in the Košice region.

The poverty risk threshold for a single-person household is just under €360 a month, for a household with two adults and two children under 14 years it is €750 per month, general director of the Statistics Office’s demography department, Ľudmila Ivančíková, told TASR.

Three regions in western Slovakia are under the national poverty risk threshold, and the situation is stabilising in central Slovakia, but has been deteriorating in the east of the country, said Ivančíková, specifying that the poverty risk threshold is rising and the proportion of people living below it is decreasing.

In terms of material deprivation and poverty, 34.6 percent of the population have a problem dealing with unexpected expenditures, said head of the department of statistics on living standards, Róbert Vlačuha.

The position on the labour market impacts the poverty risk the most, with the unemployed at the highest risk (49.5 percent, a rise in 1.5 percentage points p.p. against the previous year).

Families with three and more dependent children (35.4 percent) and single-parent families (37.3 percent) were threatened the most, the Sme daily wrote. As for age, children under 18 are the group with the biggest poverty risk.

The indicator of income poverty in individual countries is calculated in relation to their due national poverty limits, statisticians point out.