Russia is no threat for the intelligence service

The Slovak Information Service was vague once again this year, failing to mention several important events. 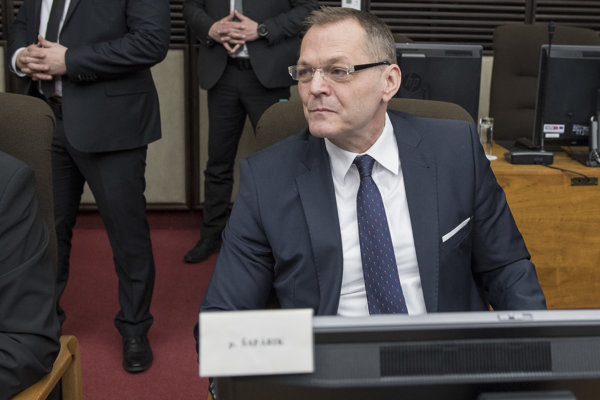 The Slovak Information Service (SIS) intelligence agency highlighted its annual report the mismanagement of EU funds and the scandals of state officials, but did mention the corruption at top political positions.

Moreover, it failed to write about the connections between politics and the mafia or the murder of investigative reporter Ján Kuciak and his fiancée, Martina Kušnírová, as it happened this year, the Denník N daily reported.

The report is vague

In its report, which was discussed in parliament, SIS generally enumerated the corruption cases it pointed out last year, such as the underpriced value of the medical facility owned by the state sold to a private company.

It also informed about the case when a former state employee asked for a bribe from a subject active in agriculture to secure the prolongation of the lease of land, or that the organised crime figure from eastern Slovakia tried to acquire the plot rental through fraud and threats. While it is not very specific, the revelations are reminiscent of the recent complaints of farmers from eastern Slovakia: the state is taking the plots they rent and giving it to dubious businesses, Denník N wrote.

At the same time, SIS informs that some police officers, who are helping smugglers of drugs, cigarettes and migrants, are corrupt. They inform mafia about planned raids against the organisation in exchange for other information.

SIS also writes that there are risks with mismanagement of the state property when completing the construction of big energy projects co-financed by the state. However, it failed to specify the projects.

Another area it pointed to are frauds with EU funds. It writes that the money was drawn fictitiously or based on overpriced works.

“This concerned the subsidies to support research and development projects, the projects to support countryside and subsidies to reduce the energy difficulty of public buildings,” the report reads, as quoted by Denník N. “SIS also informed about suspicions that there is a fraudulent drawing of subsidies to the disposal of environmental burdens.”

The intelligence agency monitored the frauds with VAT, alcohol, cigarettes and mineral oils, too.

“These frauds are committed mostly by international networks of fraudsters connected and cooperating with companies that are active in several countries, which makes the revelation and substantiation of their criminal activities harder,” the report reads, as quoted by Denník N.

Corrupted tax officers play a role in fraud, according to SIS.

SIS also wrote about obtaining information on perpetrators of murders and the people who order them, as well as incidences blackmailing, women trafficking, drug and weapon trades and the hiding places of mafia members. As for drugs, Slovakia is a transit country, according to the report.

The local organised crime is eliminated, SIS claimed, explaining they dealt mostly with the establishment of foreign groups in Slovakia. Another problem it pointed to is the increasing number of crimes committed by foreigners.

The intelligence agency also proposes to change the legislation concerning weapons as there is a high risk of their abuse if they are re-made, Denník N wrote.

No threat of terrorist attack

Similarly to 2016, Slovakia faced no threat of terrorist attack in 2017. As a result, SIS describes us as a safe country. The main threats for European states are the Islamic State and returnees from Syria and Iraq.

SIS also writes about the steep increase and higher intensity of radicalisation of second- and third-generation Muslims, as well as Europeans who have converted to Islam and vulnerable, frustrated young Muslims born in Europe.

The intelligence agency has been cooperating with foreign partners in several special operations.

It also wrote that the number of illegal migrants is decreasing and Slovakia is only a transit country for them. Still, SIS continues monitoring them, according to the report. There is nothing concrete about far-right extremists. It only writes some of them are fighting in Ukraine.

As for Russia, it does not describe the country as a threat. There are some foreign intelligence services active in Slovakia, but SIS does not specify them. It also mentions the hybrid war, but without any details, Denník N wrote.