Kažimír: We are in the finals in the fight for a fifth carmaker

As for the rumour of a fifth carmaker coming to Slovakia, the finance minister hints that it is a brand locals already know. 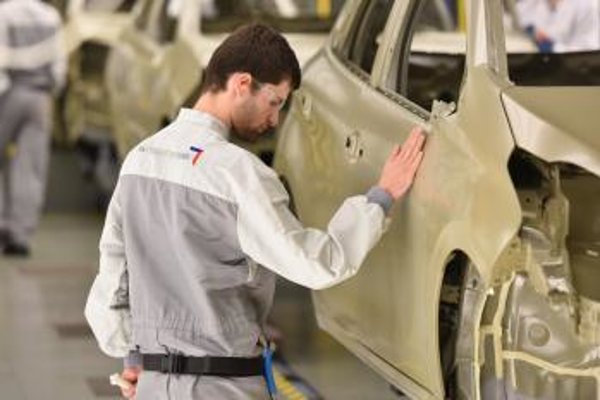 Three carmakers are currently producing vehicles in Slovakia, while the fourth is expected to launch production in autumn, the Hospodárske noviny (HN) daily wrote on May 23. At the same time, there are rumours about the potential arrival of the fifth carmaker to the market.

Hints made in a debate

In a debate organised by the daily, Finance Minister Peter Kažimír indicated that it is a brand Slovaks already know. He promised to let the public know about the result in the coming months.

“We are fighting for another carmaker everyone knows and many of you drive these cars,” he told the debate forum. “I was surprised to find out that Slovakia reached the final result. We will learn about it in the upcoming months.”

The so-far unspecified company might establish its plant in eastern Slovakia, despite all the problems connected with the distance from western Europe and the capital, the lack of qualified labour and infrastructure.

Who is the potential fifth carmaker?

The rumours have it that it is the German carmaker BMW, which will come to the new industrial park near Košice. The initial news about the arrival of the company emerged in 2012 and 2013, but the company denied it. The German carmaker is better known locally than other potential investors, for example, ZhiDou from China, the producer of e-cars. The Chinese firm is reportedly deciding between Slovakia and Romania, HN reported.

Through its spokesman Milan Stupka, the BMW Group responded that no final decision has been made.

Slovakia is still very attractive for big investors, despite the four existing car producers and the ever more frequently mentioned problems like infrastructure and the labour market, the finance minister pointed out.