While emissions from the car are practically zero, the car does have other drawbacks. 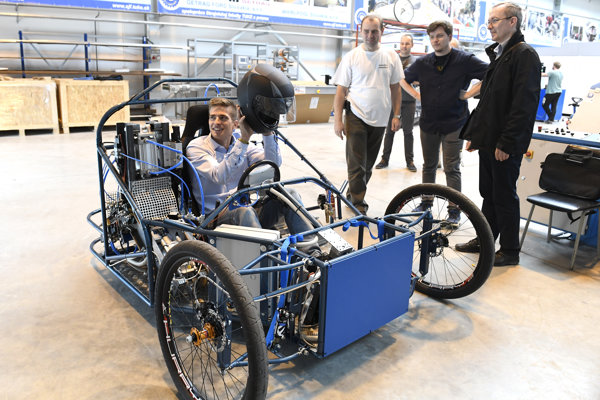 Students of the Engineering Faculty of the Technical University in Košice (TUKE) constructed the first Slovak car powered by compressed air. The project lasted one academic year.

The unique vehicle consists of a three-wheeled frame powered by an air-operated three-cylinder engine with a volume of 1,885 cubic centimetres. As emissions from the vehicle are practically nothing, it does not pollute the environment.

“It was a student project, they designed the construction, electronic and steering system under the guidance of educators,” said reader of Mechatronics Institute of TUKE Ivan Virgala, as quoted by the TASR newswire.

The car can go a maximum speed of 35-40 kilometres per hour and its “tank rage” is two to three kilometres. The source of energy is the air pressure of 20 MPa in a compressive 10 litre container. The pneumatic engine is created out of three pneumatic cylinders in the shape of a star which are activated one by one.

“The aim was to design the car effectively,” Virgala said for TASR, explaining that the vehicle’s weight is low to reach the smallest resistance and synchronize cylinder movement.

The car is about 2.4 metres long and 1.5 metres wide, weighing about 150 kilograms. The disadvantage of compressed air cars is limited tank range, speed and spatial limitation, according to Virgala. On the other hand, there is plenty of free fuel. 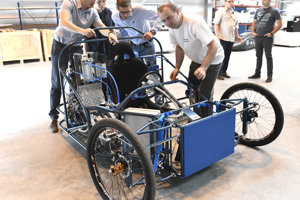 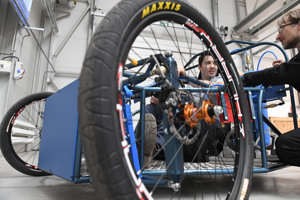 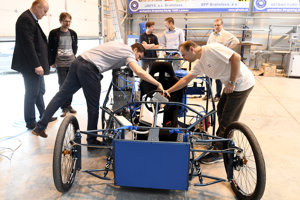