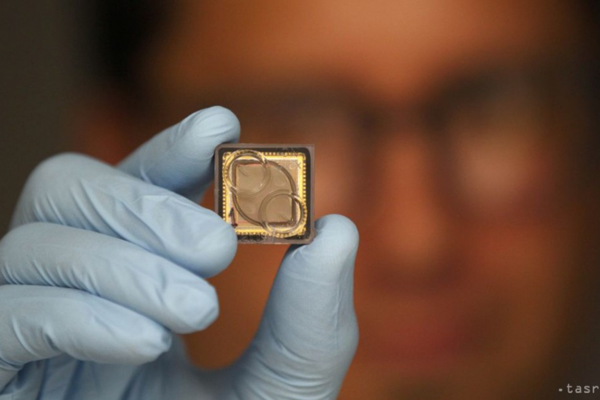 A team under the leadership of Slovak Radoslav Danilák in the Sillicon Valley developed a chip that should be able to simulate the capacity of a human brain in real time by the year 2020.

This chip consummates ten times less energy than the performance of conventional processors and it could become the first “European chip.” Danilák’s company Tachyum introduced it at Globsec 2018.

The design of the chip came from Europe, there are mainly Slovaks on the team,” said Juraj Pavlovic, one of the company’s managers, as quoted by the TASR newswire. Personally, he would like to produce the chip in Slovakia, however, it would not be possible for economic reasons.

The chip will be produced probably in Taiwan where chips for Nvidia and Qualcomm are also produced, he said. Danilák emphasized the energetic economy of the chip.

“Global datacentres consume 40 percent energy more than the United Kingdom and this consummation doubles every five years,” Danilák said at a press conference.

The low energy demands of chips apply to other developments in the field of IT, for example, artificial intelligence.