Most beautiful Slovak cake from Smižany 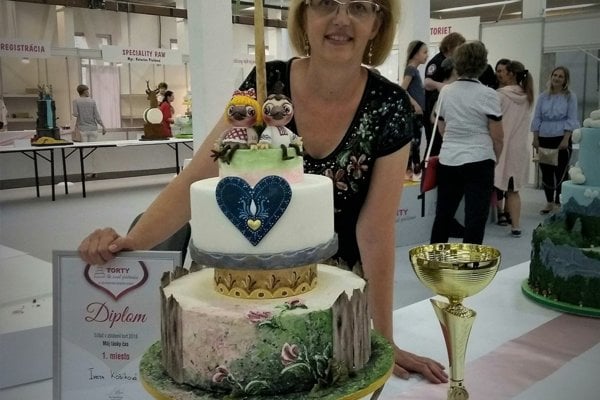 Her cake Čimko and Čimka won the category Máj, lásky čas (May, time of love). The inspiration for the winning cake was a Slovak fairy-tale for children Čin-čin by Ľudmila Podjavorinská, Spiš Korzár wrote.

The story is about a sparrow Čim Čimčara who wants to marry a sparrow Čin-Čin. Her parents, however, do not agree with the marriage because they consider Čim to be lazy. But Čin-Čin loves him and marries him, Spiš Korzár reported.

“It is traditional rhymed Slovak fairy-tale. What could be nicer than this love confession for May, a time of love?” aked Iveta Košíková, explaining the cake theme, as quoted by Spiš Korzár.

There are cherry flowers, a decorated tree, a heart and two lovers on the cake. All the symbols of are of May love, the creator of the winning cake explained. Because folklore, traditions and folk crafts are close to Košíková, she also featured Slovak traditional crafts, Spiš Korzár wrote.

“Blueprint, wood, ironwork, these all are our Slovak crafts,” she said for Spiš Korzár.

She worked several long hours on the cake. She was the only one to have a fairy-tale themed cake. The jury also evaluated technique and the overall look, SPiš Korzár reported.

An American website on baking also spotted her work and four of her cakes were ranked as Daily TOP 15 beautiful cakes from the whole world, Spiš Korzár wrote. 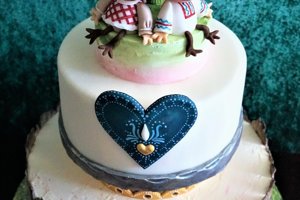 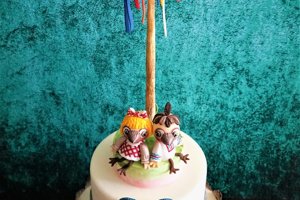 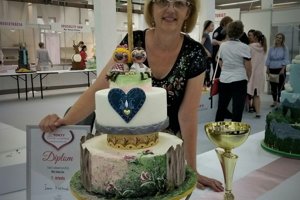