More than 500 polyglots from over the world are expected to come to Slovakia for the Polyglot Gathering. In the autumn, LingvaFest will enhance the list of linguistic events. 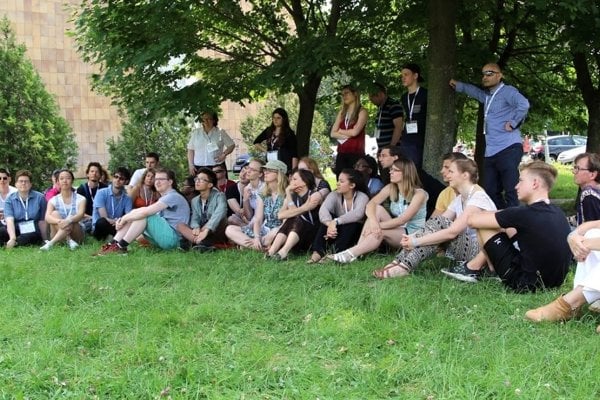 “We managed to bring this big and prestigious world event to Slovakia thanks to personal contacts with the initiators and original organisers of this event from Berlin,” Peter Baláž, one of the two main Slovak organisers, said. “As we have known them from our past activities connected to the simplest language in the world, Esperanto, it was easier to persuade them that the event will be in good hands here,” he noted, adding that it helped that they co-organised the 101st World Esperanto Congress in 2016, deemed one of the best in history by participants. “From there, it was within reach to bring this linguistic event to Slovakia, too." 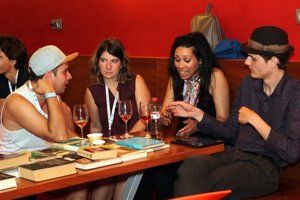 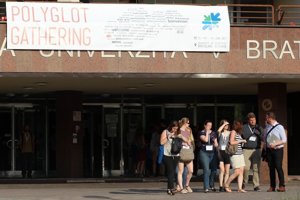 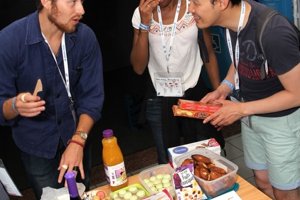 Between May 30 and June 3, Bratislava will welcome more than 500 people who speak 10, or even 20 languages, i.e. polyglots. They are self-learners and usually they are able to communicate in newly-mastered languages after just a few months, the organising body Slovak civic association Edukácia@Internet (E@I, www.ikso.net) wrote. The hyper-polyglot from the UK, Richard Simcott, speaks more than 35 languages, for example, including difficult ones such as Icelandic – and Slovak.

What is on offer

The Polyglot Gathering will take place at the Economic University in Bratislava and will include lectures, workshops and other activities aimed at more interesting and effective ways of learning foreign languages, as well as spontaneous short talks in various languages – both globally wide-spread and less typical. The event (www.polyglotbratislava.com) is an informal event that originated in Berlin. Later, its founders started cooperating with Lýdia Machová of Jazykový Mentoring (Language Mentoring) who helps people learn languages as self-learners, and Peter Baláž, coordinator of E@I.

In 2017, the Polyglot Gathering was arranged in Bratislava for the first time, and with 458 participants from 52 countries, it has become the biggest meeting of polyglots in the world. This time around, organisers expect about 550 people to come. They will be offered a host of various activities, including trips around not one but three countries: Slovakia, Austria, and Hungary.

In autumn 2018, the festival of languages LingvaFest will also connect people interested in this phenomenon.