Souvenir banknote featuring a tank sold out in record time

The SNP Museum issued a banknote with a zero nominal value on genuine euro-banknote paper with several security elements. 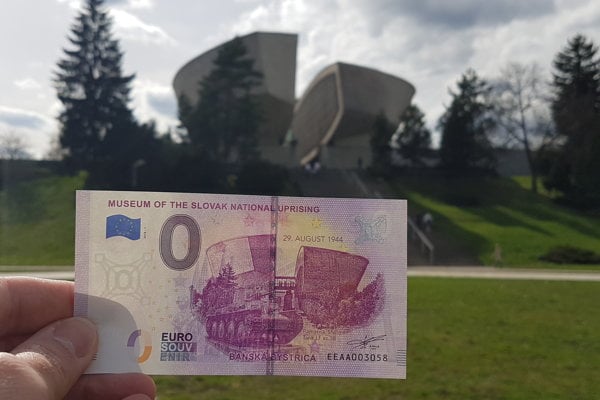 The souvenir banknote with the SNP Monument in the background. (Source: Courtesy of Nunofi.sk)
Font size:A-|A+14

Inspired by France, the Banská Bystrica-based Slovak National Uprising (SNP) Museum issued an official euro souvenir banknote in a limited edition of 5,000 copies. The interest in these banknotes was enormous when 3,000 copies sold out in the record time of two hours and 15 minutes, on the occasion of Victory over Fascism Day on May 8. An additional 1,000 notes were set aside for the foreign market and the last 1,000 copies were distributed all over Slovakia and the Czech Republic based on email orders, leaving hundreds of people dissatisfied. 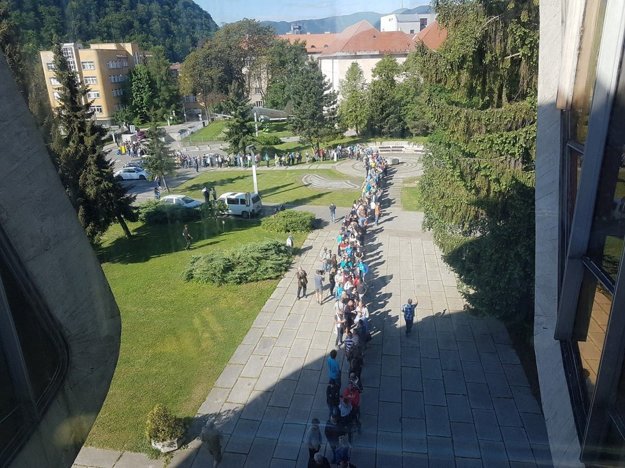 The queue for the banknote in front of the SNP Museum. (Source: SNP Museum)

“With regards to the huge interest from the public in Slovakia, as well as abroad, the SNP Museum plans to issue additional editions of the banknotes,” said Dalibor Lesník from the press department of the museum, as cited by the TASR newswire. “Collectors and visitors can thus look forward to a comprehensive collection of individual limited editions.”

The souvenir banknote, featuring the SNP Memorial and the LT vz. 38 tank which successfully took part in fighting during the Slovak National Uprising, was printed on genuine euro-banknote paper. It bears many of the protective elements that are used on real banknotes and like real banknotes, each one is unique thanks to its numbering. Its nominal value is zero and they were sold for €2.

The issuing of official euro souvenir banknotes featuring the most famous cultural and historical monuments or attractive tourist sights of individual countries was launched in France in 2015.