Parks and gardens will reveal their secrets again

People can visit 23 parks and gardens in Bratislava during the Weekend of Open Parks and Gardens. 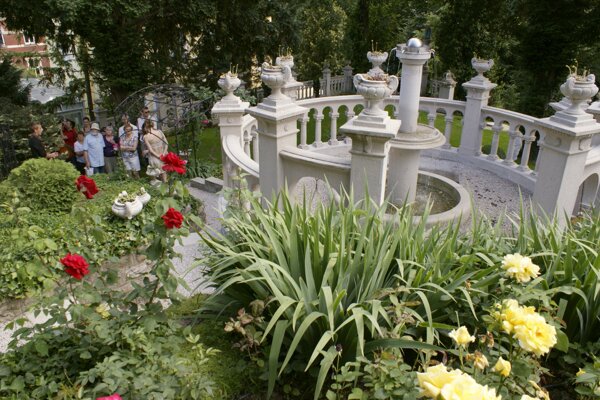 A private garden opened during one of previous years of the Weekend of Open Parks and Gardens. (Source: Courtesy of Národný Trust)
Font size:A-|A+4

When Michaela Kubíková and other enthusiasts organised the first Weekend of Open Parks and Gardens back in 2007, she did not have any clue how successful the event would turn out. This year they will hold its 10th edition.

“We originally planned it as a one-time event,” Michaela Kubíková recalled for The Slovak Spectator. “And we suddenly found out that people are very interested in parks and gardens, especially in the urban area of cities.”

The inspiration for organising this event arrived from Great Britain and the Netherlands. They wanted to draw attention to the beauty of parks and gardens, their value and the need to protect them, since many historic parks and gardens in Slovakia have shrunk only to some remnants of their original beauty and turned into islands of poorly maintained greenery.

“Despite the fact that the state of our parks and gardens is not ideal, we believe that the beauty and pleasure they brought to our ancestors in the past can be still restored,” said Kubíková, director of the non-profit organisation National Trust.

During the Weekend of Open Parks and Gardens, visitors can visit not only commonly not accessible parks and gardens, but also learn about the history of those generally accessible.

“The added value of the event is the opportunity to meet garden and landscape architects, guides and other professionals to learn not only about the site itself but about how gardens and parks are designed or how to care for them,” said Kubíková.

Weekend of Open Parks and Gardens

She believes that parks and gardens deserve more attention throughout the year, not only during this special weekend.

“In most castles and mansions, tours by guides are already a matter of course,” said Kubíková. “But for their parks and gardens there are usually no publications or lectures about them, even though the gardens have such a potential.”

The 10th edition of the popular event is part of the 2018 European Year of Cultural Heritage and its main theme is the Europe of the Gardens.

“Our parks and gardens are thus presented on the website of the French Ministry of Culture, which is the main organiser of this European event,” said Kubíková.

Already on Friday, June 1, organisers will invite people through a flower cycling ride around the city to visit parks and gardens.

“It is a revival of the tradition that began in the early 20th century in the larger cities of the monarchy, including Bratislava,” said Kubíková. “Such rides were used to popularise cycling.”

Now they want to encourage people to leave their cars at home and travel between the parks and gardens either by foot or on a bicycle. 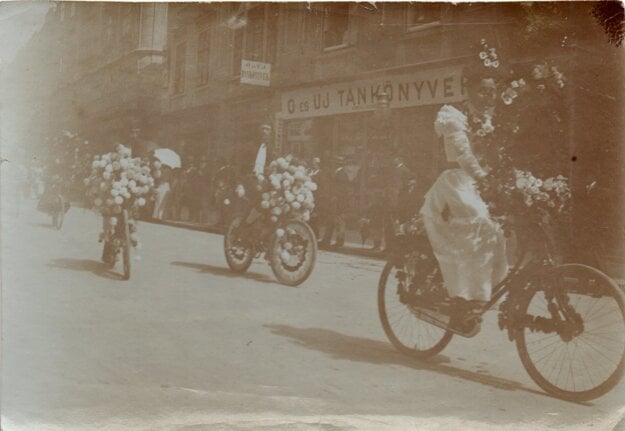 The flower ride will start at 17.30 in front of the Tesco store on Kamenné Square and is open to all bicyclists with bikes decorated with flowers. Ivor Švihran will guide the bicyclists to the most interesting trees in Bratislava.

Both historical and new

“We are pleased that the number of parks and gardens open during this event across Slovakia is more than 80, which is more than we had a year ago,” said Kubíková.