Two youths beaten in Trenčín due to sexual orientation

Initiative Inakosť calls on prime minister, politicians to improve the social and legal situation of LGBTI people, pointing out that foreign LGBTI couples have more rights than Slovak ones. 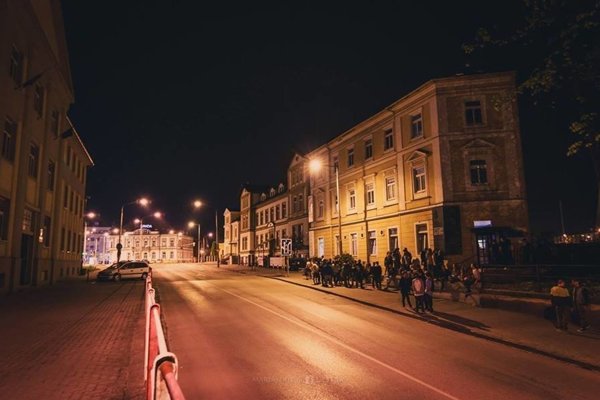 Two homosexual secondary-school students were insulted, followed and beaten by around 10 men outside the Stejdž club. The reason was most probably their sexual orientation, the regional newspaper MY Trenčín wrote on June 3.

The boys, who are a couple, were in the Stejdž club in the city of Trenčín when a group of about 10 men started harassing them.

“First, they started shoving my friend and shouted vulgar homophobic taunts,” one of the victims told the Aktuality.sk website. “We went inside, since there is a security guard there. After some time we hoped they had left and so we went away, too. However, they were waiting for us outside the premises and started chasing us. We received several punches.”

The aggressors allegedly followed them across the park to a bus station where they caught and beat them. A female taxi driver who drove the boys to the neighbouring town saved them.

The boys suffered chin injuries and bruises. They did not call police, since they did not think of that at all.

The Stejdž club expressed resentment and sent a message that aggressive and intolerant people are not welcomed. But it added on social network that the security service can only check the club and the adjacent premises but not the goings-on nearby.

The case of the young couple attacked only because they were holding hands is not unusual, Martin Macko of the Initiative Inakosť (Otherness) wrote in an open letter, addressed to Prime Minister Peter Pellegrini, other politicians and the media. According to a nationwide LGBTI poll, half of these people have already experienced verbal or physical attacks – and this number is expected to rise, with the growing visibility and openness of the LGBTI community.

“Hate crimes divide society,” Macko wrote, adding that they should be especially condemned, to prevent one group of inhabitants from feeling bullied as a whole, and its members from living in constant fear.

Prejudices against population groups can lead to fears of crime, the inability to participate in common social activities, through threatening mental health to self-help when people take the initiative into their hands from passive state authorities.

“It is the duty of each democratic politician to publicly condemn such crimes, and to participate in stopping the spread of hatred against minorities,” Macko wrote in the open letter. “LGBTI people currently have extremely low trust in the police; only 3.7 percent of those who have experienced attacks just due to being part of the LGBTI community reported the attacks. Thus, a crucial task of the new police leadership should be renewing the trust of the public, especially minorities, in its operation. We are ready to help the police, with our experience and expertise.”

Macko added that thanks to the Slovak candidacy for hosting the European Drug Agency, they have learned that foreign same-sex couples have more rights than Slovak ones – which is a poor sign regarding the domestic LGBTI community.