What are the key events in modern Slovak (and Czech) history?

Czechs and Slovaks have rated the key events in domestic modern history, picking a wartime uprising, an anti-communist revolt and the rise of independent Slovakia. They also ranked top important personalities. 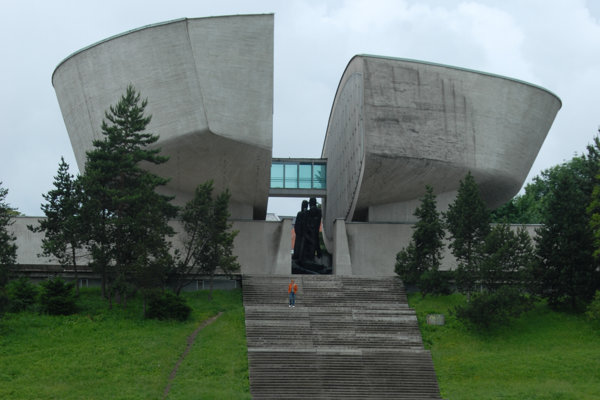 The Slovak National Uprising in 1944, the creation of a sovereign Slovak Republic in 1993 and the 1989 Velvet Revolution are the key positive events in Slovakia’s modern history as chosen by the people of the country in a recent survey.

Only the Velvet Revolution was chosen by both nations – Slovaks and Czechs (who also took part in the survey), the TASR newswire wrote on June 11. The other two events mentioned by Czechs were the period of the first Czechoslovak Republic (1918-1938) and the establishing of a sovereign Czech Republic in 1993.

Most crucial events – positive and negative

As for the most influential events, regardless of their positive or negative connotations, 49 percent of Slovak respondents chose the Velvet Revolution, followed by the formation of an independent Slovak Republic. Third place went to Slovakia joining the European Union in 2004, Zora Bútorová from the Institute for Public Affairs (IVO) told TASR.

Both the Slovak and the Czech public deemed the 1968 Warsaw Pact invasion of Czechoslovakia the “darkest” moment in their shared history.

“August 1968 was a traumatic moment in both societies, but it’s viewed in a slightly more negative way among the Czechs,” Paulína Tabery of the Centre for Public Opinion Research told the newswire.

Other negative historical moments for Slovaks include the period when Vladimír Mečiar was Slovak prime minister (1994-1998) and the installation of the communist regime in February 1948. For the Czechs, however, these periods also include the Nazi-run Protectorate of Bohemia and Moravia in WWII and the signing of the Munich Agreement in 1938.

Who are the top important Czechs and Slovaks?

Another part of the survey touched upon the most significant people from Czechoslovak history. The names of Slovak politicians Milan Rastislav Štefánik (key in the setting up of Czechoslovakia), Alexander Dubček (leading figure in the Prague Spring of 1968) and the first Czechoslovak president Tomáš Garrigue Masaryk were the most commonly mentioned in the Slovak half of the survey.

Among the Czech respondents, Masaryk came first, with Jan Palach – who set himself on fire in Prague in protest against the 1968 invasion – and Václav Havel, a leading dissident under communism and Czechoslovak president after the Velvet Revolution, also featuring heavily.

Vladimír Mečiar, Vasil Biľak – who signed the letter inviting the Warsaw Pact countries to invade Czechoslovakia in 1968 – and the leader of the wartime fascist Slovak Republic, Jozef Tiso, are considered to be the most negative historical figures among the Slovak public. Biľak also made it into the top trio in the Czech part of the survey. The other two negative figures in the Czech Republic were communist leaders Klement Gottwald and Gustáv Husák.

The “eights” anniversary was the incentive

It was conducted in 2018, on the occasion of so-called “anniversary years ending with an eight”, like 1918 (establishment of the first Czechoslovak state), 1948 – the February 25 putsch installing communism – and 1968, the Soviet invasion of Czechoslovakia, the SITA newswire wrote.