Is there room for a new shopping mall in Bratislava? 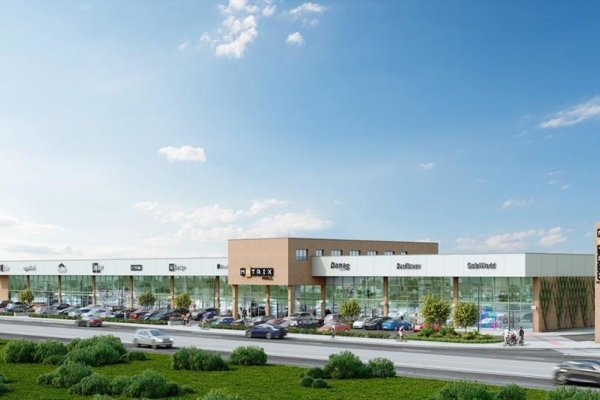 While Bratislava already accommodates almost 30 shopping centres, another one is on the horizon. Macho Consulting, a company that has been devoted especially to residential projects in the past, will build Matrix Mall in the more or less industrial zone of Bratislava in the borough of Nové Mesto. The shopping centre on the corner of Magnetova and Vajnorská streets, close to the Vozovňa Nové Mesto depot, will offer retail and office space.

“Its fundamental competitive advantage will be a fast connection with the city’s ring road as well as the D1 highway,” says the developer. “Moreover, shoppers will be able to conveniently get to the mall by public transport.”

The developer believes that thanks to its locality it has the potential to become a dominant shopping complex in the heart of Vajnorská Street. This is one of the main sally roads of the capital, about 7 km long.

Even though the density of shopping centres in the Bratislava region is almost four times greater than the average in Europe, the local retail market is not saturated, according to a retail market expert.

“In the end customers will be distributed amongst them as they mostly prefer malls in their catchment area, i.e. close to their homes or work places,” said Alexander Krajňak of the real estate agency Re/Max, as cited by the Hospodárske Noviny economic daily.

“Matrix Mall is a smaller retail project, which will not shake either the real estate market or the competition on any significant scale,” said Krajňak.

Construction work is planned to start this autumn. Neither the date of its completion nor the amount of investment have been revealed.

The first storey of Matrix Mall will be shops, while the second will be composed of offices. It will be more than 3,200 square metres in area and could be compared in terms of size with Decathlon Pharos. Large shopping centres like Avion Shopping Park, Aupark or Eurovea have about 60,000 square metres of retail space on average, Hospodárske Noviny recalled.