Dedina Mládeže (The Youth Village) was a mere experiment during the communist era. Now, the still inhabited village has morphed into an open-air museum. 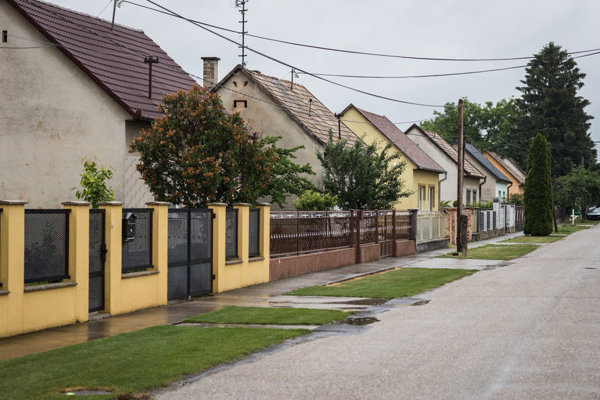 Their coat of arms includes a thistle, a mattock and a grain spike to remind people that the village was built in a wasteland. The youngest municipality in Slovakia was established as a mere communist experiment but ultimately, communist leaders bragged about it to the whole world. The village even impressed the eastern (i.e. communist) Germans so much that they built their own just like it.

“I had the chance to leave but I did not, as it is nice here. I have been to various corners of the world, but I always have to get back here to re-charge”

Dedina Mládeže was certainly not second-class living. It had its own sewerage system, water mains, and electricity so in the mid-20th century, it belonged among the most modern villages in central Europe, even though it initially seemed like a mad eccentricity of communism.

The well-established village survived the fall of communism, and next year, it will celebrate its 70th birthday. Gradually, it has become an ordinary Slovak village but in the past, its vicinity resembled Asia. The founders grew rice on the flooded fields and even bred carp in between because they wanted to kill two birds with one stone and double their good results. At the end of the season, it was enough to take out the fish and dry the fields so that combines could harvest the rice.

“We continue to develop the village, and lure even new inhabitants to join us,” mayor Gabriela Gönczölová says. “Mostly, people from around Bratislava come here but also from Prešov or Malacky,” she adds.

Red star at the entrance

“Ask anyone in the street – we all know each other here,” answers blacksmith Titus Angyal when asked about where he lives. “Dedina Mládeže is like New York, only smaller. Our streets are designed into a square, and connect to one another in right angles,” he continues.

The inconspicuous village between the towns of Kolárovo and Šaľa resembles New York simply because its built on a grid system. However, names of streets have nothing to do with America. On the contrary, until recently, the streets were named after important personages of the Soviet Union like Mičurin, Makarenko and captain Nálepka. “Proletarians of all countries” are also remembered by the five-pointed red star at the entrance to the village.

“We consider it a symbol of the village’s foundation, and that's why we had it repaired two years ago, and painted it anew. It is our history,“ mayor explains.