V4 politicians are not even willing to help fellow Europeans

To give equal weight to the concerns that a Slovak or Czech feels about migration with that of an Italian or Greek is like having equal sympathy for a hypochondriac and a cancer patient. 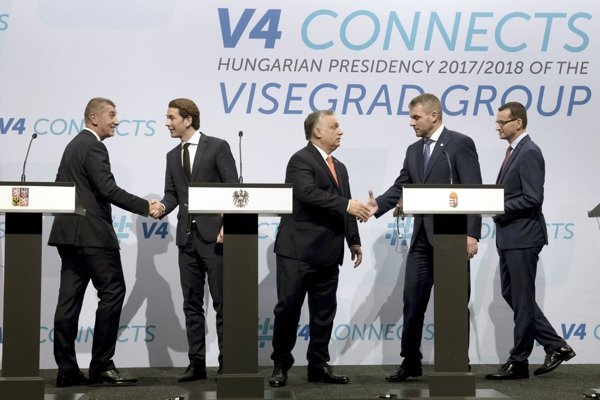 For a group that speaks so much about migration problems, it sure is curious that Central Europe’s prime ministers look set to skip Sunday’s EU summit on migrants. A sceptic might say that it shows they hope a constant feeling of crisis can be used for personal political gain.

We already knew that V4 politicians have no interest in considering the merits of helping people of a different religion or skin colour, but now we know they are not even willing to help fellow Europeans.

Last year in Italy there were 170,000 asylum applications, almost all of them from people leaving Africa and the Middle East. For the sake of comparison, in Poland there were just 5,000 total applications, 4,200 of which came from Russia and Ukraine. Polish voters don’t want their country to be flooded by refugees. But guess what? Neither do Italians. The difference is that Italy has much less choice in the matter.

For all the talk of trauma and political chaos in Europe over migration issues, there is just no denying that in some countries that disorder is real, while for others it is paranoia. To give equal weight to the concerns that a Slovak or Czech feels about migration with that of an Italian or Greek is like having equal sympathy for a hypochondriac and a cancer patient. One of those people has a problem, the other just imagine they do.

To allow Central Europeans to hide behind imagined fears is to treat them like children. The V4 likes to complain about how they are treated like second-class “new member states” in Brussels. Sometimes those complaints are justified, but the decision to skip Sunday’s summit shows why, at least on this issue, the V4 deserves secondary status.

Tens of thousands of migrants do not head for Italy because of an accident of geography. Not only is the V4 unwilling to house any of those migrants — in solidarity with the Italians if not refugees themselves — but now they are not even willing to discuss solutions.

Mr Orbán doesn’t want to constructively solve migration issues. If there was a solution it would be harder to scare Hungarian pensioners into voting for him. The same goes for Smer, Babiš and PiS in Poland. People will die because of this. The rest of Europe will bear greater expense and risk, threatening the existence of the EU itself.

Since Mr Orbán likes to emphasize Europe’s Christian heritage, here is some advice to the rest of the V4, straight from the Bible (Matthew 15:14): “If the blind lead the blind, both will fall into a ditch.”