Smoke remains in lungs of Slovaks

But smokers are not changing tobacco for new, healthier nicotine products yet. 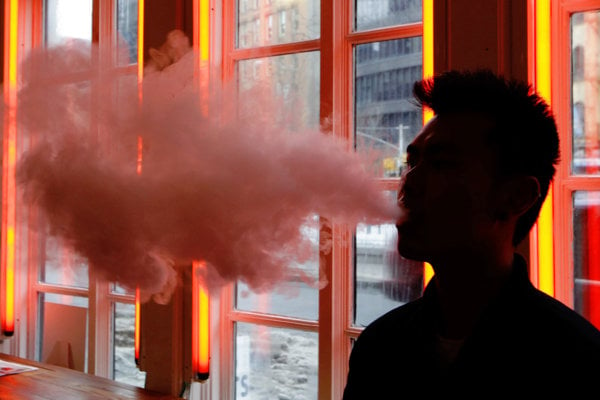 Vaping is one of the new forms of inhaling nicotine. (Source: TASR)
Font size:A-|A+

Many Slovaks get up in the morning, grab a coffee and light a cigarette. Another cigarette fits well during breaks at work, afternoon rests, evenings with friends, as well as weekend celebrations.

But experts on addiction say that those who smoke more than four cigarettes a day are already addicted to nicotine.

Recent surveys among EU residents show more than a quarter of smokers live in central Europe. Slovaks have the healthiest lifestyle today, although the smoking trend in these countries has long been oscillating around the same numbers.

The interest of adults in smoking in Slovakia has not changed significantly, according to Tibor Baška from the Jessenius Faculty of Medicine at Comenius University in Bratislava. Among men the smoking rate has begun to fall slightly, reflecting the trend of smoking-related diseases.

“While aged-matched lung cancer death rates in men have fallen steadily since the 1990s, there is a slight upward trend in women,” Baška told The Slovak Spectator.

In the future, the trend should improve, says Ľubomír Okruhlica, the head of the Centre for Therapy for Drug Dependencies.

These statistics are still high due to the number of productive Slovaks with a healthy lifestyle who work abroad and are not included in the surveys, said Okruhlica. In addition, a large proportion of the population is low-income, with minimal work, wages and relatively low skills.

“Findings from all countries of different periods point to the fact that people with higher socio-economic status do not smoke and live longer,” Okruhlica told The Slovak Spectator.

Though there is an existing anti-smoking law, content marketing is still appealing to smokers, Okruhlica said. Especially for those who try to stop smoking.