Poll: People are nostalgic about communism

A recent poll found that many Slovaks prefer a strong welfare state and believe several myths associated with the Communist Era. 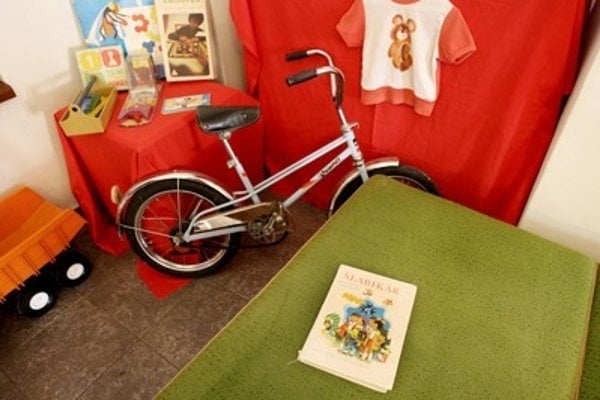 Some exhibitions commemorate the Communist Era but also the Velvet Revolution of November 1989, which toppled it. (Source: Sme - Ján Krošlák)
Font size:A-|A+

The aim of the poll, conducted on a sample of 1,046 respondents in April 2018, was to verify to what extent myths involving communism persist among the Slovak population.

People mostly prefer a strong welfare state and do not trust market solutions, the TASR newswire cited the poll’s results on June 25. Most have leftist opinions on the economy, although a considerable proportion of those polled identify themselves with centrism and right-wing ideas.

The respondents reacted to 21 claims or myths concerning communism, and at least half of the respondents identified themselves with most of them. Positive evaluations predominate when it comes to socioeconomic issues, but less so with issues of freedom and democracy.

Most of the respondents did not want to return to the communist-time economy and preferred a market or social market economy, but in the answers to specific questions they favoured a greater role of the state, with guarantees and social certainties, the institute’s director Peter Gonda told TASR.

“It turned out that people are more prone to trusting the state, guarantees and social certainties over personal responsibility and freedom, which carry higher risks,” Gonda noted.

People were allegedly closer to each other

Most of the respondents, 81 percent, agreed that people helped each other more during communism, were more sympathetic and closer to each other. 79 percent asserted that people lived in a safer environment during socialism and that violent crimes were less frequent. Another 77 percent claimed that thanks to the planned economy, there was enough useful work for all and therefore no unemployment.

The survey found the most agreement in connection with state intervention in health, education, labour law relations, social care and living standards. As many as 87 percent of people agreed with the opinion that health is not a commodity, so the state must guarantee, finance, and provide cost-free health care for all.

Three quarters agree with the claim that if the Labour Code did not protect employees, they would have worse working conditions and the unemployment rate would be higher, the SITA newswire wrote.

However, 60 percent did not agree with the notion that a holiday by the sea was available to more people than now, and 71 disputed the idea that common people could have travelled freely abroad wherever they wanted.

A mere 32 percent of those polled were inclined to believe that the state should help people from other countries who come to Slovakia as refugees. On the other hand, 63 percent disagreed with this idea, according to SITA.

The highest number of respondents (39 percent) ranked themselves at the centre in terms of economic issues, followed by right (26 percent) and left (22 percent).