The artistic work, which has already prompted various responses, will probably remain on the building until its reconstruction. 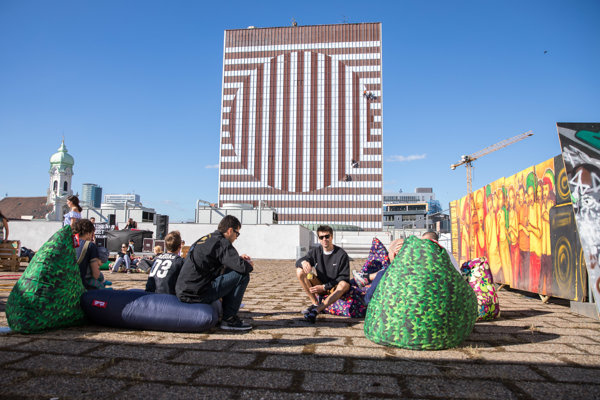 The facade of the Hotel Kyjev, situated in downtown Bratislava, has turned into one of the biggest street-art pieces in Slovakia. The work of photographer Lousy Auber, who created it as part of the street-art festival that culminates in Kamenné Square on June 30, will probably stay there until the planned reconstruction of the building, the Denník N daily reported.

The optical illusion was created in only few hours by 17 mountain climbers who used colourful sprays. The piece is not yet completed, with details still being added until June 30, explained Auber. 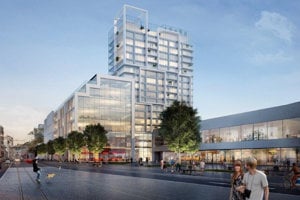 The new facade has already evoked several responses, both positive and negative. Some ask whether it is too much of an interference with the design of a building situated in the monument zone or if it is destroying the modernist architecture.

“If anybody is concerned that we have destroyed something on the building, this is not true – the building has already been destroyed,” said Tomáš Lukačka, the organiser of the Bratislava Street-Art Festival, as quoted by Denník N. “The hotel has been closed for seven years and it is falling to ruin. Lousy came up with the idea which reinterprets the facade of this building, uses its structure, its colourfulness and revives it.”

The festival has been trying to get permission to use the hotel’s facade for three years. In the meantime, several big format paintings have appeared close to Kamenné Sqare. Another two paintings will be added in the following days: on Rajská and Dunajská Streets, increasing the number to seven. Other paintings will be created on Jakubovo Square.

The paining on the closed hotel is among the most visible.

“It may seem that we do it just like that but we have been working on it for six months,” Auber explained to Denník N. “People are now saying they want the old Kyjev, but it will never be like that again. It would be standing there for a few more years and then fall to ruin. This was created as something interesting and will probably open a debate on how the facade should look after the reconstruction.”

First, the artists received permission from the owner, British investor Lordship, and then consulted on their design with City Hall and preservationists. 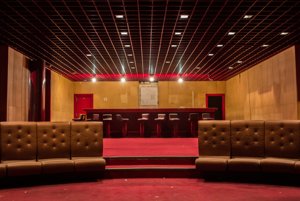 It is possible that the art work will remain on the building until the planned reconstruction. It is also possible that the hotel, the work of Ivan Matušík built in 1973, will never return to its original state. Lordship, who became the owner in 2007, first wanted to tear it down but after pressure from the public they changed their mind.

The hotel has never been declared a monument, Denník N wrote.

It is currently closed, but the Luna Bar, situated underground, is open. 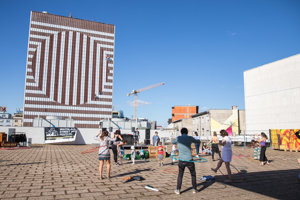 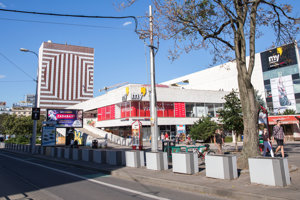 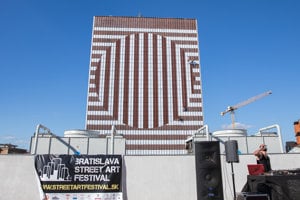