The special project to mark the centenary of the founding of Czechoslovakia arrived in Bratislava on July 3rd. 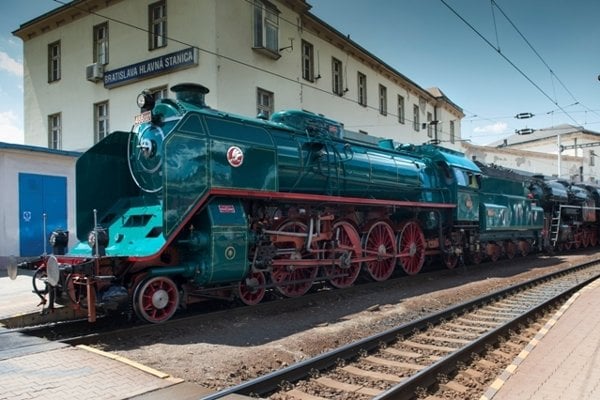 The unique project to mark the centenary of Czechoslovakia’s founding is the Presidential Train, which left Prague and arrived in Bratislava on July 3 via the city of Brno.

“After being available for the public at the Transport Museum between 12:00-17:00 on July 3 and between 10:00 and 19:00 the next day, it will set out to continue along its route, although the parlour car of [heir to the Austro-Hungarian throne] Franz Ferdinand d’Este is set to remain in our museum until July 14," Ernes Húska of the Transport Museum told the TASR newswire.

After departing from Bratislava, the train, hauled by a steam locomotive, will visit railway stations in Nitra (July 5-6), Zvolen (July 7-8), Lučenec (July 9), Žilina (July 10-11) and Košice (July 12- 13), before returning to the Czech Republic.

What is the composition of the train?

The train is composed of five railway parlour cars, which served Czechoslovak presidents between 1918-39 and in the post-WWII period on their domestic as well as foreign trips.

The project has been organised by the National Technical Museum in Prague in cooperation with Czech Railways, Slovak rail infrastructure owner ŽSR and civic association Spolok Výhrevné Vrútky.

“Come and see the elegance of the sunset years of the [Austro- Hungarian] monarchy and the first Czechoslovak Republic. You're unlikely to have another opportunity before 2118,” Húska noted.

This train is composed of cars not normally used nowadays, head of the Slovak Railway Museum Michal Tunega told TASR: “It is composed of historical steam engines from the Slovak and Czech Republic, and from parlour cars used in the past by Czechoslovak president, e.g. Tomáš Garrigue Masaryk, Ludvík Svoboda, Gustáv Husák, but also Alexander Dubček or one-time heir to the Austro-Hungarian throne, Franz Ferdinand d’Este, Tunega added.

The train is led by the steam engine called Green Tony / Zelený Anton, whose renovation cost about €50,000. In the Presidential Train, there is also the exposition concerning trips of former presidents of Czechoslovakia. 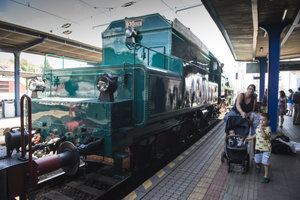 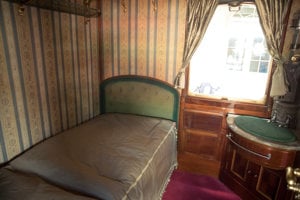 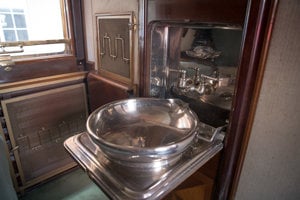 It is interesting to scrutinise the architecture of interiors in the “Brussels style”, but also in the spirit of Viennese Art Deco or Neo-Baroque style of the first Czechoslovak republic, head of the National technical Museum from Prague, Karel Ksandr, told the newswire.

A bit of communist history

A curiosity is the parlour car from 1968, made originally for president Ludvík Svoboda but first used by Alexander Dubček at the break of July and August 1968, when he travelled to Čierna nad Tisou for humiliating negotiations between the Czechoslovak delegation and the Soviet one, headed by Leonid Brezhnev. Dubček even slept in this car, Ksandr specified, adding that in October 1968, this car appeared on the first platform of the Main Railway Station in Bratislava and then-Czechoslovak president Ludvík Svoboda, parliamentary speaker Jozef Smrkovský, and Alexander Dubček, secretary general of the Central Committee of the Communist Party of Czechoslovakia, descended.

They came to announce the creation of the Czechoslovak Federal republic, according to Ksandr. Period photos suggest they were welcomed by Slovak communist leader and later “normalisation-time” communist prime minister, Gustáv Husák.