The embassy refuses to comply, citing security concerns and the Vienna Convention. 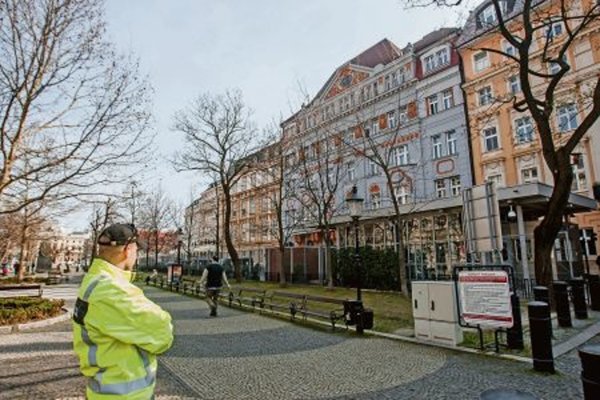 The disputed fence around the US Embassy in Bratislava (Source: Sme)
Font size:A-|A+  Comments disabled

The fence around the US Embassy in Hviezdoslavovo Square in Bratislava will have to be removed, Bratislava Old Town Mayor, Radoslav Števčík, said on July 3, as quoted by the TASR newswire. He issued an order to that effect on that day.

However, the US Embassy has declared that it does not intend to comply.

“Today, I have signed the decision with which the Old Town Borough of Bratislava, as the relevant construction authority, orders the removal of the fence around the embassy,” Števčík told a press briefing, adding that the US Embassy has failed to provide current proof of its ownership or any other right to the land on which the fence stands. 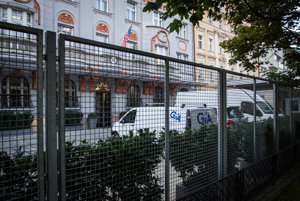 The right to erect and maintain the fence has expired, with Bratislava City Council repeatedly turning down proposals from the embassy to rent the city land on which the fence has stood since 2016.

There is the option to appeal against the order within 15 days. If this option is not used, the decision will come into force and the US Embassy will have to remove the controversial fence within three months at its own cost.

“If the embassy fails to comply, the Construction Office has the power to order its removal via distrainment proceedings," added Števčík.

If the embassy exercises its right to appeal, the case will go before the Bratislava District Office.

In its response, the US Embassy to Slovakia stated that it does not plan to remove the fence, citing security agreements signed with the City of Bratislava and the respective borough, as well as the Vienna Convention on Diplomatic Relations.

Embassy representatives expressed regret that the security of US and Slovak employees as well as the inhabitants of Bratislava and embassy visitors has turned into a political issue.

As for the Vienna Convention, the mayor concedes that the embassy’s security zone is delineated by iron posts and not only the fence.

“That is the security zone of the US Embassy, which is in accordance with the construction permit,” the Old Town Mayor said, according to TASR. “However, there’s also the Construction Act to consider. If this fence is supposed to be part of the structure of this security zone, it needs to have a construction permit and this cannot be obtained, as the embassy has no legal ties to the land.”

With respect to the possibility of relocating to other premises, the US Embassy declared that it is attempting to acquire a plot of land abutting the new Slovak National Theatre and that it has informed the City of Bratislava about this. No agreement has been clinched yet. Once this process is concluded, it will lead to the construction of a new building for the US Embassy that should fit in with surroundings.